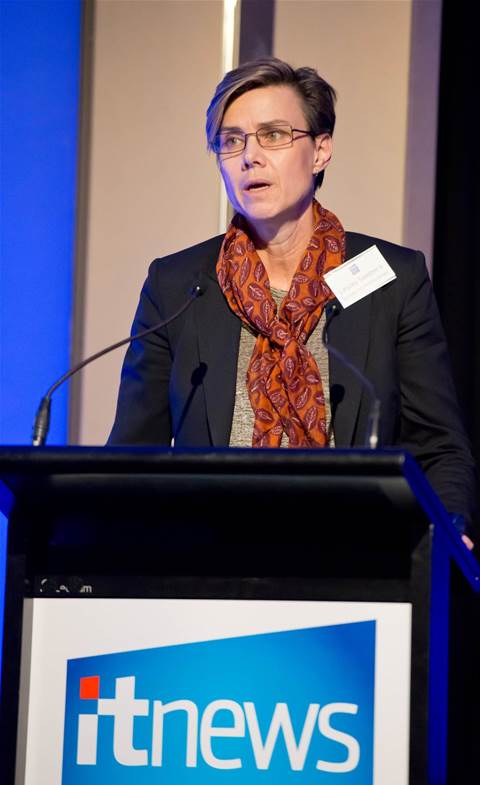 The Bureau of Meteorology's replacement of its critical supercomputer, on time and on budget, has earned its CIO the top Federal Government prize in the 2017 iTnews Benchmark Awards.

BoM tech chief Lesley Seebeck was named the federal government CIO of the year for managing to deliver a world-class supercomputer - a foundation stone of her agency's data crunching abilities - without any overspend or delays.

Seebeck's team correctly predicted several years ago that the agency's high performance computing system would no longer be up to the task of processing BoM's complex climate modelling by 2016.

The switch to a new Cray XC40 facility last September was seamless, and the power offered by the kit cements the bureau within the top ten meteorological agencies in the world.

"I’d like to thank Tim Pugh who is with me tonight, for his inspiration and hard work. Matt Parker who accompanied us through this journey as program manager. They are a combination I would recommend highly," Seebeck said.

"It’s an enterprise effort so I’d like to thank our R&D people, our researchers, our bureau national operations centre, our forecasters, all the way downstream to the people building our applications, and getting the message out to the public.

"I’d also like to thank Ramez and John. It is tough being a federal government CIO. You’re up in front of senate estimates answering a lot of tough questions. Their work should not be underestimated. So I would like to congratulate them as well.

"We are in the middle of a technology revolution. We really need to get the game up. Now is the time to make a difference for our organisation, for our people and our nation."

Seebeck rose to the top of a competitive category that included the establishment of GovCMS by John Sheridan at the Department of Finance, and the creation of myTax by the Australian Taxation Office and CIO Ramez Katf.