Can the ATO use IT to shed its old-school reputation? 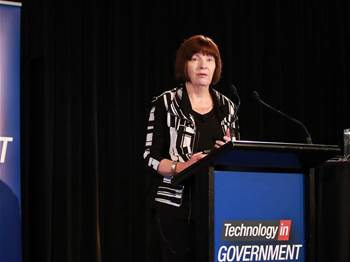 Inside the ‘reinvention’ at the hands of new management.

A reputation for being "out-of-touch" was the impetus for digital change within the Australian Tax Office, according to interim CIO Jane King - and it's no accident the organisation has seen an overhaul of its executive ranks since the new approach was implemented.

In past years the ATO - which has never suffered from being too popular - has been going through what it calls a "reinvention" program.

Speaking to the Technology in Government conference on Tuesday, King said the message came through loud and clear a few years ago that government and the community alike saw the ATO as “quite archaic”.

“It is no coincidence that we now have a completely new senior management team,” she said.

Former KPMG executive Chris Jordan took over as commissioner in early 2013, the first ATO chief in history to come from the private sector.

None of his deputies have been in their jobs since earlier than September 2012. King’s own predecessor, Bill Gibson, handed in his resignation late last year after 11 years in the job. King is acting in the role while the agency hunts for a permanent replacement.

“We have a completely new set of commissioners who took it on themselves to drive the sort of change and experiences we were going to deliver both to the community and internally,” King said.

The re-education of the ATO centres on its flagship digital offerings and a strategy to win the trust of taxpayers fearful of making an auditable tax mistake.

“We will convert you” was King’s message to delegates, especially those still outsourcing their tax returns.

The modernisation of tax lodgment has snowballed in the past five years, from paper forms to the downloadable eTax software, and most recently the web-based MyTax with pre-filling capabilities that the ATO tax team is using to strive towards a no-touch return for simple tax cases.

“eTax was seen as an icon in its day, but we were certainly hearing from our clients that we were way behind the sorts of experiences they were having elsewhere,” King said.

“MyTax is the tick and flick - the Ken Henry-type vision that says ‘your tax return is now ready if you’re happy, [just] click and submit'.

“Most people who have simple tax affairs can use that option."

But what does this ease of submission mean for a network of tax agents who could be superseded by the new online functionality?

King acknowledged some accountants could find work drying up over coming years as the ATO pushes forward with streamlining the process.

“That will impact on some of our stakeholders and partners, particularly those who are in the business of doing nothing but downloading pre-filled data, charging $80 and submitting,” she said.

She insisted, however, that “we still want them in our broader tax ecosystem” and that there was "a lot of work happening” in terms of stakeholder engagement to help tax agents map out their future business model.

“We are working closely with them to ask where their business model is shifting, what is the value they can bring to their clients? And how can we support that?

“There is a lot we can do with data we can expose to them that will help them add value to their clients,” she said.

One obstacle the ATO still needs to overcome, however, is trust, King conceded.

“Clearly we need to generate faith within the community that we are not out to get people," she said.

“A lot of folk use tax agents because they think that is a safety net. They don't trust that we're not going to come back at them if they get something wrong."

She said the ATO was gearing up to proactively prompt taxpayers to make eligible deductions on the go, to further assure them “you don't need to do to your tax agent to find every nook and cranny”.

At the other end of the cycle, the agency is looking to offer non-audit commitments to segments of the tax base as a reward for consistent and trustworthy tax habits, in the hope of offering certainty in exchange for that trust.

“We are getting to the point where we will start going back out to a certain group doing their lodgements and saying - thank you, you’re a good tax payer. That’s it, we will not come back and audit you.”