Super Retail Group spends $31.4m on 'omni-retail' and IT projects 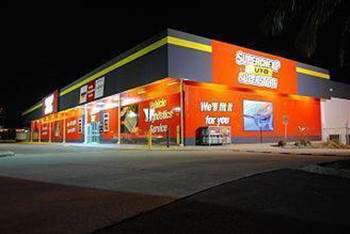 Super Retail Group spent a total of $31.4 million on IT projects and what it calls 'omni-retail experiences' over the past six months, as it recorded 64 percent growth in total digital sales.

In its half year results, the company reported its digital strategy had driven a "seismic change" compared to 2019: over the half, online and digital sales rose 64 percent to $389 million, representing 23 percent of total sales.

Super Retail Group, which owns brands such as Boating Camping Fishing (BCF), Macpac, Rebel, and Supercheap Auto, increased its capital investment in IT by $12.4 million.

Total capital expenditure reached $63.3 million, a full $33.9 million higher than the same time the prior year, with $31.9 million also spent on new stores and refurbishments.

Chief executive officer and group managing director Anthony Heraghty said its continued investment in its omni-retail experience allowed the business to better balance consumer habits over the half as lockdowns forced a shift to online channels.

Heraghty said during an investor call that “this period has demonstrated that our online business can grow dynamically without losing the operational leverage of a store network.”

“Consistent with our strategy, the half one also saw the group increase its investment in stores, digital and our team's capability to pursue our strategic growth objectives,” Heraghty said.

“Operating costs as a percentage of sales have begun to normalize as a result of both this investment and the unwinding of cost containment measures that were implemented in the first half of FY 21.”

Heraghty added the Group’s accelerated investment in store network and strategic programs aims “to pursue our strategic growth initiatives in line with the key priorities outlined in our corporate strategy.”

“We've aggressively invested in this capability and rightfully so, because Covid-19 has probably and permanently remapped the way that customers engage with online,” he said.

“But what's interesting for us is that despite this ... extreme caution about visiting stores during Covid-19, 58 percent of these online sales were click and collect, which thanks to a combination of highway TV, and obviously the low click and collect fulfilment cost, is the Group's highest contribution channel.”

Home delivery sales also increased by 26 percent to $163 million, with more than 1 million home delivery orders completed over the half.