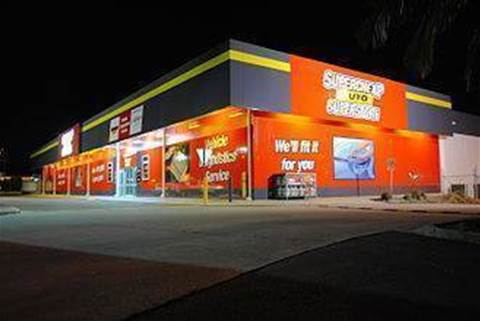 The owner of Rebel and SuperCheap Auto is making a big investment into the technology supporting its ecommerce operations after conceding growth is unlikely to come from physical retail outlets.

Super Retail Group today announced a 2.2 rise in sales to $1.3 billion for the six months to December, and a 3 percent drop in net profit to $72.2 million.

It revealed it would reposition the business to attract sales from digital channels rather than its bricks and mortar stores.

“We expect that digital channels will present the key opportunity for growth and we will invest in further increasing our share of customer spending in those channels,” CEO Peter Birtles said in a statement.

“Although this investment will constrain growth in operating margins in the current year, it will strengthen our businesses to better meeting changing customer expectations and better position the group for long term growth.”

The company is expecting only "nominal" growth in its physical stores.

It said it will invest in "new omni-retail capabilities" like a new website platform, understood to be based on Salesforce's Commerce Cloud, that will be rolled out across all of its brands over the coming six months.

The company expects to spend around $110 million on its IT systems as well as on store development over the next half-year.

Digital sales in its auto business grew 128 percent on the same period of 2016, by 122 percent in its leisure business, and by 174 percent in its sports retail operation - all largely due to the introduction of a 'click and collect' service.