Suncorp's CIO, and its bank tech chief, to leave 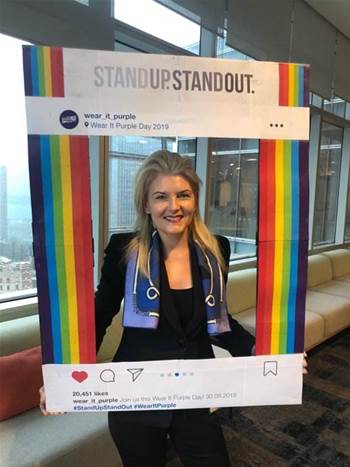 Next steps in technology strategy unclear.

Queensland bancassurer Suncorp has lost two of its most senior technologists in quick succession, with highly regarded group chief information officer Sarah Harland headed for the door along with banking and wealth technology head Sharmilia Tsourdalakis.

Harland’s departure comes as Suncorp continues to try and get its various brands onto a more standardised stack to rein-in disparities across technologies that can naturally proliferate without some sort of centralised guidance.

The institution is widely regarded as one of the more challenging environments to execute a cohesive tech strategy in because the semi-autonomous multi-brand structure means change needs to be championed repeatedly across business units.

The technology challenges Suncorp’s senior management have experienced finding ways to overcome its multi-brand structure have been on public display in recent years with former CEO Michael Cameron’s API-based ‘marketplace’ strategy conspicuously paused when he left.

That project’s leader, high profile executive Pip Marlow – who is now head of Salesforce in Australia and was previously Microsoft’s country chief here – also left as the marketplace was put on ice.

However the challenges of that project pale in comparison to Suncorp’s still moribund Oracle core banking replacement, dubbed ignite, that has copped criticism from not one but two chief executives.

With Suncorp’s bank tech chief Tsourdalakis now leaving the bank for Stockland, the institution will must find not one but two senior people to wrestle back control of the hobbled project that was slated to cost around $300 million.

It is understood the decision to go to Oracle for a new core preceded both Harland and Tsourdalakis.

In a remarkable coincidence of timing, the announcement of Harland’s departure comes within 24 hours of the CBA confirming that Matt Pancino was leaving that institution as chief technology officer.

Harland replaced Pancino as CIO when he left for the Commonwealth Bank of Australia.

Suncorp’s CEO Steve Johnston paid tribute to Harland’s achievements in a statement released to the ASX.

“Ms Harland has made a significant contribution in strengthening Suncorp’s technology and led Suncorp’s digital transformation over the past three years, including the development of the award-winning Suncorp App that brings together transactional banking, insurance, and rewards for our customers,” Johnston said.

“Sarah has also driven the development of Suncorp’s leading API layer, which gives the group great flexibility as we adapt to rapidly changing customer and community expectations.”

However it will not be lost on investors that the errant Oracle project will hardly be an attractive enticement for new tech talent, or that the Suncorp has lost it’s three most senior tech leaders – all women – in fairly short succession.

While the optics might be poor, a source at a rival institution said this was more a reflection of Suncorp actively hiring talented women into its technology ranks and those women then taking up more senior roles elsewhere.

The big question now is whether Suncorp will devolve the management of technology back to its various brands.

With capital markets now in meltdown, retaining the option to quickly spin brands out without dependence on centralised infrastructure could be starting to look very appealing.