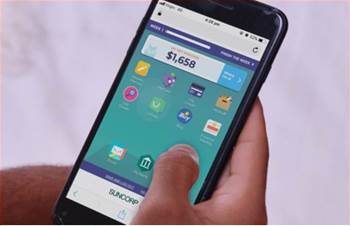 After four year wait for Oracle to “mature”.

Suncorp has confirmed it will continue to use the existing Hogan core banking platform for deposits and transactions for the foreseeable future, casting further doubt whether its troubled $300 million Oracle upgrade, currently limited to mortgages, will ever be fully rolled out.

As previously reported by iTnews, any mention of the fate of the troubled project was absent from commentary surrounding the bancassurer’s half yearly results on Tuesday leaving investors in the dark as to where it was headed.

Further development of the already four-year long build of the Oracle system is understood to have been parked at least until the arrival of former UBank chief Lee Hatton, who will take over the running or Suncorp’s banking and wealth division in the first half of this year.

“Oracle Core Banking is used as our key platform for Lending, (inclusive of Retail and Personal Lending), while Hogan remains our platform for Transactions & Deposits,” a Suncorp spokesperson told iTnews in a statement.

“We will continue to maintain both Hogan and CBP as we continue to work with Oracle while the software continues to be matured.”

Conspicuously missing from that carefully worded statement is any future intention to expand Oracle to replace Hogan, that is now owned by DXC Technology  having been scooped up in the merger with mainframe systems outsourcer Computer Sciences Corporation.

Westpac, St George and ANZ have all also used the system for decades.

However Westpac’s recently appointed chief information officer Craig Bright has revealed the institution is now building a greenfields digital bank on the 10X platform, potentially offering it as a white labelled ‘banking-as-a-service’ offering for the likes of neobanks and fintechs.

The confirmation that Hogan will remain comes after Suncorp’s previous chief executive Michael Cameron told investors a year ago that running two core systems was “the last thing we wanted”.

Since then Cameron has resigned, along with the leader of Suncorp’s API-driven marketplace strategy, Pip Marlow, who has since become the Australian head of customer management software juggernaut Salesforce.

There has also been market speculation that Suncorp and Bank of Queensland could merge to bulk up scale in the north, alongside the inevitable questions of whether its time to cut and run.

On Suncorp’s analyst call, some questioned why Suncorp was staying in banking given the headwinds and challenges.

“Banking, gee, it’s tough for you,” said TS Lim from Bell Potter. “The cash NPAT [net profit after tax] is the lowest in the last 11 halves, so is there any point in holding onto the bank?”

“Nothing has changed in our thinking around the bank, it is core and strategic. We recognise the headwinds, we recognise its tough for regional banks, for banks generally,” Johnston said.

“I don’t walk away from the fact that we have had some mis-steps in some of the things we have done… We have a program of work that will get momentum back in the balance sheet.”