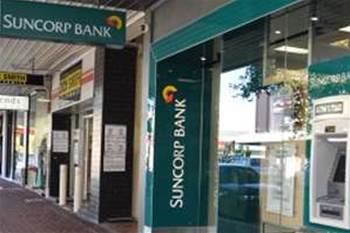 After axing an earlier bid to replace it.

Suncorp is set to modernise and transform its Hogan core banking system, a year-and-a-half after it pulled the pin on a troubled bid to replace the system entirely.

The group revealed plans for the transformation of Hogan in a job advertisement on December 16.

“Hogan core banking and its supporting systems provide the foundation for Suncorp Bank, providing a robust platform to support transactional customer volumes while supporting rapid delivery of new customer capability,” the job advertisement, which has since expired, stated.

“Aligned to this demand there is a necessity to modernise and transform the capability to maintain relevance into the future.

The modernisation bid appears to be relatively nascent, with the advertisement indicating that responsibility for the “creation … of [the] Hogan platform modernisation strategy” would fall to the new recruit.

Modernisation work will be performed by teams “across nationally and internationally distributed locations”, the advertisement states.

A Suncorp spokesperson did not address questions about the modernisation effort, however indicated that the recruitment advertisement followed an internal promotion.

That would suggest the modernisation effort has been underway internally for some time before this, though it is unclear for how long.

Suncorp originally pursued a replacement of its core banking system under the broader multi-year Project Ignite.

The institution stood up a new Oracle-based core, which it set live in November 2015 with a plan to migrate financial products in stages.

However, the core replacement project hit trouble in early 2017, and by the middle of 2017 the migration was placed on hold, pending changes by Oracle to the system.

The freeze extended through 2018 and 2019, before Suncorp abandoned the core system replacement in May 2020 and indicated it would stick with Hogan, which had been running in parallel throughout.

At the time, iTnews reported that “the decision to persevere with the mainframe-based Hogan platform is a substantial win for systems and services vendor DXC because it logically opens the door to upgrades that would otherwise have been off the table had the Oracle replacement worked.”

That appears to be the case, though it is unclear whether a more obvious or cost-effective upgrade path for Hogan has materialised in the years since Suncorp first sought to upgrade its banking core.