Hogan to endure at Suncorp after Oracle core flop 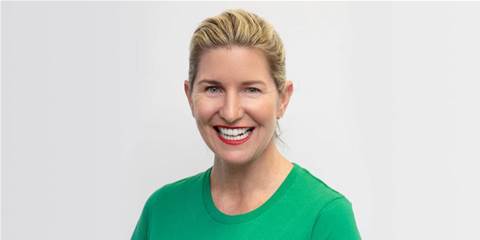 As bank seizes moment to accelerate other digital projects.

DXC’s Hogan core banking platform will remain Suncorp’s main transactional engine for the foreseeable future, the bancassurer’s chief executive Steve Johnston has said, as the institution continues to look for a new chief information officer to replace Sarah Harland and now a replacement for its banking chief Lee Hatton (pictured), the latter jumping to Afterpay.

“The current Core Banking Platform for deposits and transactions will remain our system of record,” Johnston told investors on Monday, adding that Suncorp Group’s “proven API architecture will enable us to deliver on our digital strategy, at a lower cost, and with lower risk, than a full system replacement.”

Suncorp told investors on Monday it was impairing the troubled Oracle build at a cost of $90 million.

The decision to persevere with the mainframe-based Hogan platform is a substantial win for systems and services vendor DXC because it logically opens the door to upgrades that would otherwise have been off the table had the Oracle replacement worked.

Suncorp will also be in good company with Big Four rivals Westpac and ANZ also still running the core system rather than opting for new builds like the Commonwealth Bank of Australia (CBA) and National Australia Bank (NAB).

Suncorp’s long-running difficulties with getting Oracle’s platform to run to its satisfaction is also likely to ward bank boards and leadership teams from attempting massive CBA-style overhauls in the near future.

While the $90 million Oracle write-off is hardly a cause to celebrate at Suncorp, especially after the bank has attracted and then lost so many high calibre female technology leaders, the fruits of previous digital reforms are paying off according to Johnston.

The bank is also putting the digital pedal to the metal.

“COVID presents us with an opportunity to accelerate the pace at which we execute our digital, data and automation strategies,” Johnston said, adding that the bank had now “established partnering arrangements, a digital capability alongside capability in process improvement, automation, operational excellence and AIs”.

According to Suncorp’s numbers, 23 percent of motor and property claims were lunched in the year to date at March 2020, up from 18 percent at 1H20.

There was also double digit growth on digital sales for consumer motor insurance (+13 percent) and consumer home insurance (+28 percent) for the March year to date against the previous corresponding period.

Under “new ways if working” Johnston was also touting the use of “end-to-end agile delivery squads to execute digital programs across the full delivery lifecycle” and “automation and AI initiatives” that happened in “weeks not months”.

In the meantime, Suncorp’s search for a new CIO continues.