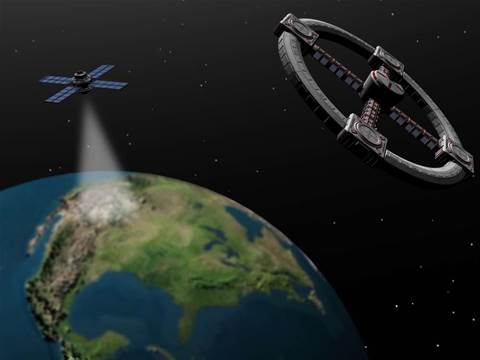 The technology currently is being tested aboard the International Space Station (ISS), and could lead towards what has been dubbed the "Interplanetary Internet".

DTN communications protocol is a like TCP/IP, which defines how information is encoded and routed through a network.

However, while TCP/IP deals with a continuous end-to-end network of Internet hosts and computers, DTN deals with spacecraft whose communications may be disrupted as they travel.

DTN deals with disruptions by storing unsent data packets in a queue until conditions allow for them to be transmitted.

The so-called "store-and-forward" method could withstand disruptions of seconds, hours or even days, said Kevin Gifford, a researcher at the University of Colorado at Boulder who is working with NASA to develop DTN.

Compared to the manually scheduled, point-to-point links that are currently used for communications between ground stations and spacecraft, DTN could lower costs and enable new, more complex space missions.

Depending on the physical wireless networking layer on which DTN operates, an Interplanetary Internet could transmit information at the speed of light, across "millions of miles", Gifford said.

In May, the researchers launched a DTN-enabled payload to the International Space Station (ISS), which is to be the first permanent node of the Interplanetary Internet.

The technology currently is being tested in what Gifford called the "big five requirements for a network": routing; naming; addressing; security; and quality of service.

DTN could also be applied on Earth, to improve wireless Internet on aircraft, third world connectivity or for wildlife tracking, he noted, adding that the researchers do not have commercialisation plans.

"The fundamental DTN concepts of storing and forwarding certainly has worked," Gifford told itnews. "[But] DTN is in its infancy; it will be three to five years before it matures."

The researchers are currently in discussions with the European Space Agency and the Japan Aerospace Exploration Agency to install DTN on their respective ISS modules in mid-2010.