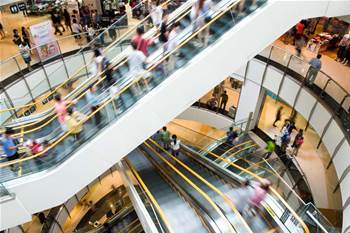 AMP Capital Shopping Centres, one of the largest providers of shopping malls in Australia, has switched on free wi-fi at three of its large complexes on the Gold Coast, Brisbane and in north-west Sydney.

The service, which has been up and running for since November, has recorded a quarter of a million unique user sessions, most of which were recorded from devices running the Android and iOS operating systems. The service is provided by DC4G.

Relatively few have come from devices running Windows, according to an AMP Capital representative.

The centres were also experiencing a large volume of location-based requests. In response, AMP Capital plans to install the EagleEye MiVoucher platform, enabling the delivery of in-store vouchers to shoppers and facilitating voucher redemption through existing point of sale systems.