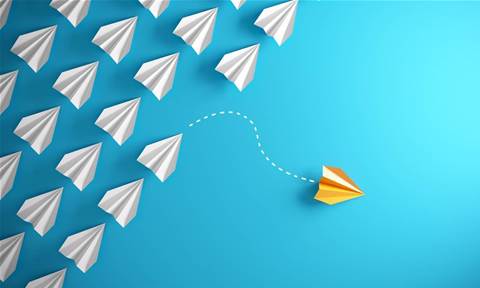 Services Australia is restructuring its chief information officer group for the second time in less than a year, as it moves to adopt a digital-first, one-stop shop government services model.

The former Department of Human Services is currently in throes of a CIO group “operating model redesign”, which it has been working on since late last year.

The redesign, anticipated to come into effect before the middle of the year, follows a series of significant Machinery of Government (MoG) changes since the federal election last May.

The first, directly after the election, saw the department remade in the image of Service NSW to replicate its successful digital-first, one-stop shop government services model nationally.

It was the federal government’s latest attempt to improve government service delivery, though exactly what this will look like is still largely unknown after more than six months.

A further set of MoG changes, announced in December, will also see Services Australia become an executive agency within the Social Services department next month.

A spokesperson told iTnews that the redesign was prompted by recent MoG changes, but declined to comment on how the redesign would change the composition of the CIO group.

“We touch the lives of almost every Australian and they rightly expect us to continually improve our digital services,” the spokesperson said.

“To do this, we’ve worked closely with staff to adopt new ways of working that will deliver the finest digital services, customer experience and workplace culture.

“This will help us meet key deliverables under the recently announced Machinery of Government changes and priorities of our CIO.”

Services Australia will now wait on the redesign before appointing at least three senior executive positions that have been vacant for more than a year.

The department's last CIO group restructure occurred in April 2019 in preparation for the development of the department’s next-generation technology strategy.

It saw the CIO group's chief technology office replaced with two separate divisions focused on strategy and implementation and architecture and innovation.

Since then, the department has appointed Suzanne Aitken as its permanent ICT strategy and implementation general manager.

However, eight months after that restructure, the CIO group is still without a permanent general manager in its newly created architecture and innovation division.

The CIO group, which has a considerable hand in the department's seven-year Centrelink payments system overhaul, is responsible for annual budget of $1 billion and contains around 3000 staff.