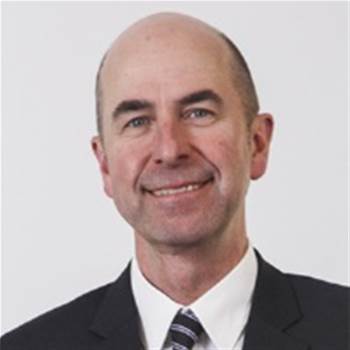 Services Australia has appointed a new chief information and digital officer (CIDO) from within its ranks following the departure of former tech chief Michael McNamara earlier this year.

iTnews can reveal deputy CEO of transformation projects Charles McHardie has been drafted into the freshly-minted role leading the federal government’s largest IT shop.

The permanent appointment was announced internally on Friday after three months of acting arrangements within the technology services group.

McNamara left the former CIO role in September after almost three years to become the inaugural CEO at Digital Victoria.

McHardie takes on the CIDO role at a critical juncture for digital government services, with the federal government planning to have all of its services available online by 2025.

Services Australia is just days away from its new myGov portal and app entering the final stages of beta testing.

McHardie also comes to the role with an intricate knowledge of Services Australia’s systems, having spent years at the agency’s predecessor, the Department of Human Services.

He spent three years as chief technology officer and a year as acting CIO between 2015 and 2019 before moving to the Department of Veterans Affairs for a year-and-half-long stint.

McHardie re-joined the Services Australia as chief transformation officer in May 2020, and has been leading the delivery of systems to support the agency’s response to the pandemic ever since.

“McHardie has been the leading force behind the digital and technology transformation in Services Australia over the last 18 months,” a spokesperson told iTnews.

In his most recent role, McHardie has overseen seven major programs, including the Centrelink payments overhaul known as the welfare payments infrastructure transformation (WPIT) program.

WPIT is now in its final year. Last year, the federal government set aside in excess of $500 million in the budget to fund the program until the 2023-24 financial year, which is the largest single chunk of funding since the massive project began in 2015.

With McHardie now moving to the CIDO role, a restructure of Technology Services Group and Transformation Projects Group also looks on the cards.

“Bringing business and ICT together provides a powerful opportunity to deliver on the agency’s vision of making government services simple so people can get on with their lives.”