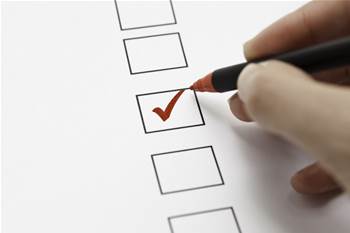 All federal government IT proposals will need to have an assurance plan signed off by the Digital Transformation Agency under a new framework aimed at boosting oversight of investments.

Employment minister Stuart Robert revealed the new whole-of-government digital and ICT oversight framework during a keynote address in Canberra to support projects across their entire lifecycle.

The framework – part of an updated digital strategy also released on Friday – will provide government with a “multi-year investment plan that provides advice on what digital and ICT investments the government should invest in and when”.

Under the framework, all proposals will be expected to “contain an assurance plan signed off by the DTA and the relevant department”, which will be used to inform the allocation of budget funding.

“Future digital and ICT proposals that required an assurance plan must be signed off by the DTA and the relevant department,” Robert told the Australian Information Industry Association on Friday.

“The Finance Minister and I will agree on the digital investments that will inform the budget.”

The framework will also require proposals to comply with policies around reuse, cyber security and cloud, including the hosting certification framework, as well as “digital service standards”.

IT proposals valued at $30 million or more will be subjected to the ICT investment approval process that the DTA assumed responsibility for as part of its restructure earlier this year.

Future investments will also be informed by an understanding of existing IT capabilities through a new whole-of-government architecture.

The architecture, which the DTA was first tasked with investigating in December, aims to address issues with the government’s siloed approach to IT investment.

Robert said the DTA had mapped out “all the strategic capabilities that we required as a government” in concert with government departments and agencies.

“It’s the first time it’s ever been done to this depth and breadth and it will grow rapidly,” he said.

A re-use policy and catalogue has also been developed to provide agencies with a “consolidated view of emerging or existing government platform and help identify and share reusable platforms”.

“Reuse of core tech is now a cabinet mandated requirement,” he added.

Robert said the DTA is “now working towards identifying the existing digital and ICT assets across whole-of-government and the capability gaps that we need to fill”.

“In the architecture, we are developing a target architecture, which will form the basis of the guidance industry and the wider sector will be able to refer to regarding the government’s investment in Australia’s digital future,” he said.

“Our new architecture will support cutting waste and duplication, it will allow us to better manage the lifecycle of our critical digital assets, and it will inform investment where it is most needed.”

Roberts also used his address to confirm that the government has completed its comprehensive review of IT and digital capability, with the government currently considering the outcomes.

He said the DTA has been “directed... to prepare and release a summary of the review’s findings by the end of this year”.

The clarification comes a week after a senate committee criticised the government for the apparently lack of progress with the digital capability review after two years.

The DTA was tasked with producing the digital review – which evolved from an IT audit – in response to David Thodey’s review of the APS in December 2019 as a precursor to a longer-term IT blueprint.

Robert said the review has given the government “an accurate baseline measurement of digital capability across the APS, so that we can get to work on lifting it to where it needs to be”.

“The review has shown that we need to do some things differently as we continue the transformation of the APS,” he said.

“We need to better align the approaches of agencies to address common challenges, reducing the duplication of effort.”

Robert said the review was already being used to “support government’s strategic digital investment planning”, which will reduce both short and long-term inefficiencies and costs.

Robert also confirmed the new myGov portal and app will “enter the final stage of beta testing in 10 days”, in line with the timeframe revealed by Services Australia in October.

“We have listened closely to our customer to incrementally design and deliver a modern, flexible and personalised platform,” he said.

“I look forward to it rolling out more widely, including as an app, next year.”

The government allocated more than $200 million this year to ensure the citizen service delivery experience on offer in myGov is similar to that of the private sector.

Services Australia and the DTA began building the government digital experience platform – which is based on software from Adobe – with the help of Deloitte in early 2020.