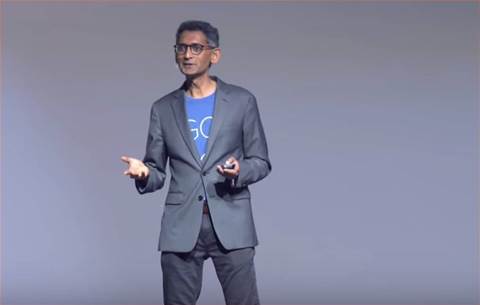 Aspiring Salesforce killer Zoho has come good on its promise to put racks on Australian soil, saying on Thursday it has taken up digs at Equinix facilities in Sydney and Melbourne as it tries to woo local customers loathe to put business into offshore clouds.

The cut-price CRM and mini-ERP - which also competes against the likes of Microsoft’s Dynamics - is touting its new .au metro shed space as a key way to address customer data sovereignty and cloud latency concerns at the value end of the software market.

While the ‘enterprise-in-a-box’ or ‘business OS’ propositions are far from new concepts – mega vendor acquisitions of such nimble, affordable and well-configured products go back to the JD Edwards green screen era – the presence of a tangible stalking horse is certain to be welcomed by enterprise and government.

Zoho’s biggest challenge in the Australian market since putting down roots here in February has been building a brag book of publicly referenceable local customers, something the rack space at Equinix clearly aims to fix.

Still, there have been some conspicuous blue chip wins. Qantas is now listed by the vendor as a customer as is BHP, NRMA and ARC Group.

While it’s a little unclear whether BHP’s tech transformation to build a company ‘Operating System’ is a happy branding coincidence or partly borrowed from Zoho’s preferred platform lexicon, the language is certainly in sync.

Vijay Sundaram, Zoho’s chief strategy officer told iTnews that buying rack space downunder was a deliberate move to give both governments and regulated corporates sovereignty assurance over their data.

He said while large corporate wins were unquestionably welcomed, bigger corporates tended to use part of Zoho’s suite for specific needs while mid-sized and smaller users went for a more complete package.

Pressed on whether there were any ERP migration refugees, Sundaram countered that “we don’t use that term” before waxing lyrical about how former users of the likes of JD Edwards - who had neatly packaged suites running on-prem on AS400s - were increasingly feeling stranded by big vendor acquisitions and upgrade paths.

“This is a good market for us,” Sundaram said.

A big part of Zoho’s pricing advantage is its Indian core cutting roots coupled with its firmly stated intention to remain privately held rather than publicly listed.

In simple terms that equation translates to a promise not to unnecessarily sweat cash from customers to make quarterly numbers.

“Our decision to build Zoho's own cloud infrastructure and remain independent of the large public clouds supports our strong competitive position. It allows us to maintain control and enjoy significantly better operational efficiencies that we can pass on to our customers, through better prices,” Sundaram said.

It’s also made a point of putting down roots in regional NSW, namely the surf mecca of Byron Bay, as a way to snap-up tech talent happy to eschew the metropolitan rat race.

While that manoeuvre is part stunt, part lifestyle statement, it’s demonstrated that Zoho isn’t afraid to go outside the big smoke to pick up mid-market clients that otherwise have limited choices.

In May Zoho shifted its US headquarters from Pleasanton, California to Austin, Texas, a move predicated by rising property costs depleting value from employee salaries.

Sundaram said this was in line with the company’s philosophy of investing in areas where employees could achieve a good standard of living, including being able to access affordable home ownership.