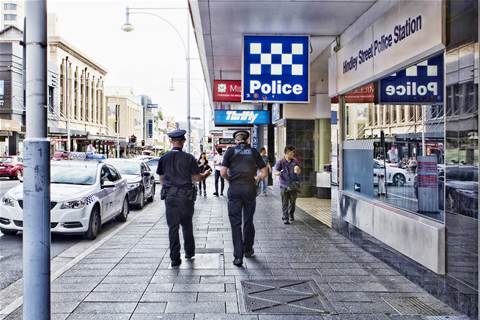 South Australia Police is preparing to embark on its most ambitious mobility program to date, with plans to equip all 6500 front and back office staff with a smartphone for the first time.

Australia’s fourth largest police force revealed plans for the four-year program in February to give its officers the tools needed to access information from critical systems on-the-fly.

Speaking as part of the CXO Challenge series on The iTnews Podcast, chief information officer Hamish Cameron unpacked the project and reasoning behind it.

“When you think about not just SAPOL, but any policing agency, access to information, and the ability to enter in information is a fundamental part of their work,” he said.

“Whether it’s just efficiency and effectiveness, whether it’s about knowing who that person is and whether there’s some risk to the community or to themselves, [officers] need to access information to make good decisions."

With the arrival of personal devices, SAPOL hopes to improve both the productivity and safety of staff, particularly its frontline officers.

“Currently, they may not be able to be tasked to directly. We may not have visibility as to exactly where they are,” he said.

“We'll certainly have vehicle-level information and location data, but if someone needs to get out of the car, and chase down a crook … there are issues around safety and welfare.

“So certainly, efficiency, effectiveness are very important – it's even written into the Police Act that we need to keep getting better at that. But it's one of a raft of benefits that we see.”

Cameron said that while most jurisdictions have focused mobility efforts on frontline officers, SAPOL would use the program to issue personal devices to all staff.

“We are rolling this out to not just sworn police officers, but everyone within the agency,” Cameron said.

“Whether you're a backoffice administrator, or frontline general duties police officer, you would get a phone and you would be in scope for the program.”

WA Police is one of the only other policing agencies to have equipped both frontline and backoffice workers with devices thanks to additional funding during Covid last year.

While SAPOL officers currently have a range of different devices at their disposal, including ruggedised Windows tablets, Cameron said these were largely shared between staff.

“The issue with that is Windows and Microsoft obviously didn’t win the mobility operating system war,” he said, adding that the existing devices dock in a vehicle.

“They’re effectively laptops being driven around and there are limitations with that, particularly when you have one laptop per vehicle, essentially.

“So you don’t have a one-to-one relationship with the officer and the… device. That in itself poses issues around security with how you design solutions and software for it.

Many of the existing devices also “don’t connect or integrate with one another”, meaning SAPOL is missing opportunities to connect equipment such as body-worn video (BWV) cameras.

Other jurisdictions like NSW. for instance, have taken steps towards investigating the ability to link an officer’s firearm, taser and BWV camera, in part to boost accountability.

“At the moment, they’re disparate devices that don’t talk to one another, and we’re missing out on an opportunity for greater levels of connectivity, awareness and other things,” he said.

Equipping officers with individual devices opens the door to app reform – a major component of the $35 million program.

“It’s certainly much harder to build applications when you’re sharing devices around… [as] you really need to understand who did what and at what time," Cameron said.

“Building that audit and traceability into systems is not a simple as it might seem and it’s not as foolproof, so it’s definitely critical.”

Cameron said that while there is still “a lot of work to be done” with regard to applications, SAPOL will focus on the user experience and “how the information is presented to officers.

“I think a lot of the work is going to actually be in how we present information in a way that an officer can digest in a small form factor,” he said.

“A lot of the APIs for some of these systems exist, [but] some of them don’t, so we’ll have to consider how we basically build the architecture for it.

“When you think about it, we are accessing many of these systems through either a web browser or Windows application, so many of them do have that capacity.

“[But] we’re particular cognisant of ensuring that we don't just replicate what's on the Windows computer on the phone.”

In terms of collaboration, Cameron said SAPOL didn’t want to “reinvent the wheel” and is “learning a lot” from its rollout of Microsoft Teams, which was made in response to the pandemic.

“[Covid] certainly accelerated plans for some of these tools when we had to go from not many people working from home to the capacity of about 1300 staff in a few weeks,” he said.

While much of the architecture is still up in the air, Cameron said it “would be very, very difficult to ignore the value of going down a fairly heavy cloud pathway”.

Cameron added that SAPOL has not yet done a “heavy push into cloud”, particularly in terms of its IT infrastructure.

“Predominantly, we have managed on-prem capability and servers, as data requirements for things like body-worn video footage and other media,” he said.

“It's certainly growing very, very quickly and we are looking at what it could look like in the future for our strategic planning process.”