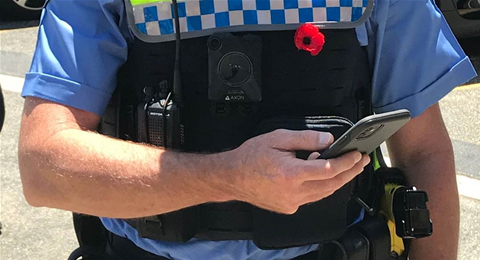 WA Police will deploy a further 2000 iPhones to officers after receiving additional funding from the state government to expand its mobility program in response to the COVID-19 pandemic.

Chief information officer Andrew Cann told iTnews the force was currently rolling out the new devices to build on the initial 4500 iPhone 11 handsets deployed in December and January.

“We rolled out 4500 devices initially in December and January, and we’re just rolling out another 2000 at the moment,” he said.

It follows new funding last month to expand the rollout as part of the state government’s response to the COVID-19 pandemic.

Cann said the additional devices will mean all police officers across the state have access to a device, not just frontline officers.

WA Police began deploying the 4500 devices in November under an $8 million deal with Telstra after receiving an initial $34.6 million for the rollout in last year’s state budget.

By December, just seven weeks after the rollout had begun, approximately 3000 officers had been equipped with a device, with a further 1500 devices provided in January.

The devices provide officers with a range of applications that can be used to perform crucial policing functions, reducing the need for them to return to a police station.

The apps – which have been developed under the digital policing program, dubbed OneForce – allow officers to conduct identity checks, search the police database and report crimes.

The devices effectively replace the in-car tasking and data information system (TADIS) fitted to police vehicles, which has been an officer’s principal data source for the last 15 years.

“Every phone now has CAD [computer aided dispatch] on it as well, so we don't need those TADIS units in the cars,” he said, adding that this allowed the force to buy cars without a in-build CAD computer.

In addition to the supplementary devices, WA Police recently received $3 million to purchase up to 200 GPS bracelets to monitor citizens who flout directions to quarantine or self-isolate.

The funding is part of a $91 million package announced last week to support government measures to reduce the spread of the pandemic.