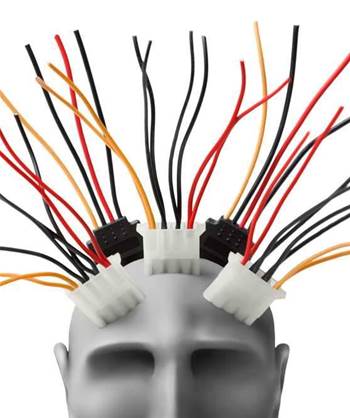 US researchers have built a robotic sleeve that improves thought-controlled computing by translating a cursor's movements into physical sensations.

Two adult monkeys were trained to control a computer cursor using brain signals, with electrodes collecting and transmitting signals from their motor cortex brain cells to a computer.

In the first part of the experiment, the monkeys controlled the cursor simply by looking at the computer screen and thinking about moving it to hit a target.

The monkeys were then fitted with a robotic "sleeve" that fit over an arm and moved the arm according to the cursor's movement.

Research leader Nicholas Hatsopoulos of the University of Chicago found that monkeys hit the target 40 percent faster and more directly with the aid of the sleeve.

"The monkey improved their control of the cursor by 40 percent with the use of the robotic sleeve," Hatsopoulos told iTnews.

The study was based on the concept of proprioception, which is the sensation of a body part's position and motion.

"We know from patients who have lost proprioception that they have an extremely difficult time controlling their movements," he explained.

The team was still at "very early stages" of research, and did not yet have approval to test the sleeve on humans.

However, Hatsopoulos noted that Japanese researchers have built "very interesting wearable robots" for humans, including exoskeletons for farmers and the iFEEL-IM simulation device.

The research, titled "Incorporating feedback from multiple sensory modalities enhances brain-machine interface control", was published in the December 15 issue of The Journal of Neuroscience.

Hatsopoulos believed that the team's findings may pave the way for devices that include multiple forms of natural or artificially produced sensory feedback to benefit paralysed patients.

"I believe brain-machine interfaces for motor control will become commercially available in the next five years," he said.