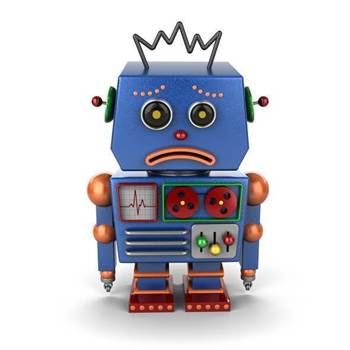 The federal government’s controversial Robodebt program is bound for the courts again after law firm Gordon Legal revealed it is pulling together a class action on behalf of affected welfare recipients claiming “that Centrelink had no lawful basis for issuing Debt Notices in a large number of cases.”

The compensation lawyers on Monday called for registrations of interest in the proposed action, a scenario that will again seek to drag the government into court to prove the legality of its automated recovery methods and how Centrelink calculates the amounts it says people owe it.

The prospect of a class action is a major headache for the government because it pits the muscle of seasoned litigation funders against welfare authorities who have so far managed to keep what the government wants to be an internal administrative process out of court.

While the government has doggedly backed the fairness and efficacy of Robodebt, its opponents are systematically pursuing a determination on the legal limits of automated processes and the way they are applied.

Any determination on Robodebt will be closely watched by other agencies because it could set important boundaries for the use of data matching, automation and potentially artificial intelligence in government for public facing services.

The move to stand-up a class action follows two court actions mounted by Legal Aid Victoria seeking to establish a similar determination on whether the way the government assesses amounts allegedly owed stands up legally.

In both those cases the government dropped the claims against the individuals represented by Legal Aid Victoria, effectively scuttling the cases before they could be heard.

“It seems clear that many tens of thousands of Debt Notices were issued based on Centrelink using a method of calculation which we are concerned is fundamentally flawed,” Gordon Legal said in its call for registrations of interest.

“It would appear that since July 2016 Centrelink has used an online compliance intervention (OCI) system to create and recover alleged “debt” based on a comparison between Australian Taxation Office (ATO) data and income reported by individuals receiving benefits.”

The main bone of contention in the Gordon Legal action is whether the data matching procedures used by Centrelink to arrive at the repayment amounts the government is seeking from welfare recipients is sufficient to mount a recovery action.

The federal government has claimed the Robodebt scheme has an accuracy rate of around 80 percent, a threshold far lower than that usually used in commercial debt ledger sales to collection agencies.

A major friction point for Robodebt is that Centrelink it uses point-in-time income data from the Australian Taxation Office to hunt for discrepancies between income declared to welfare agencies and that to the ATO, most commonly through withholding amounts and tax returns.

However because peoples’ incomes can vary from week to week, especially if they are working part time or in temporary positions, there is effectively still no ability to make real time or near real time comparisons.

Instead, people with income discrepancies are notified by Centrelink and asked to provide documentation to disprove calculations.

“The Class Action proceedings will seek to require Centrelink to establish a lawful basis for any debt due to it to establish that it is not appropriate or reasonable for it to seek to shift the onus of doing so onto the individuals concerned.

“For those reasons it is our current view that Centrelink is not able to establish that it had a proper basis to issue the Debt Notices under the relevant provisions of the Social Security Act 1991 (Cth) (the Act).”

Notably, the ATO politely but publicly distanced itself from Robodebt in 2017 telling the Senate Community Affairs Committee the agency’s role essentially stopped at the provision of annualised income data.

“We have not co-designed the system with them. We have not built anything with them. It is a matter for them,” then ATO deputy commissioner for smarter data Greg Williams said of Tax’s involvement with Centrelink in evidence at the 2017 hearing.