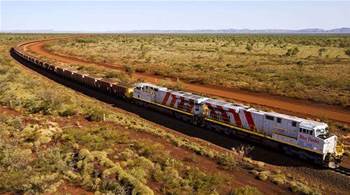 Appears to price in project delays.

Rio Tinto’s ambitious autonomous trains project is set to cost the miner up to US$940 million ($1.2 billion), about 80 percent above the initial budget.

The figure was mentioned in both the company’s full year results in early February and again in the annual report, which was published last week. It said the "total approved spend for the AutoHaul project is US$940 million”.

It isn't clear if this is indicative of what Rio Tinto will actually spend on the project, or simply what it is prepared to now spend.

A Rio Tinto spokesperson did not comment, and instead referred questions back to the published material.

When AutoHaul was first announced in 2012, it was touted as a US$518 million project to automate pit-to-port haulage of iron ore in Western Australia.

The project had initially been expected to be finished in 2015, but it proved a far more difficult prospect than the miner’s other automated systems projects for trucks and drills.

AutoHaul was delayed in part by software issues, and it forced the company to set a new completion date of 2018.

This year’s financial filings appear to indicate the net effect of those delays is up to US$422 million or 81 percent above the initial US$518 million costing for the AutoHaul project.

Rio Tinto has made big strides with the technology over the past six months.

In October last year, it ran its first train completely autonomously - without a driver on-board - over a distance of almost 100km.

The company is also running “greater than 60 percent” of all its Pilbara pit-to-port train haulage in autonomous mode, albeit with a driver still on board.