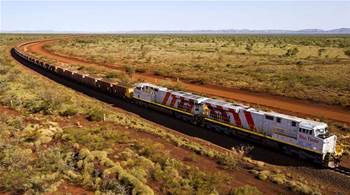 Rio Tinto is set to resume implementation of driverless trains in its iron ore operations next year, having apparently overcome software issues that have plauged the project to date.

The company said in an investor presentation today that there would be a “progressive implementation of AutoHaul from 2017”.

The project will now be “fully implemented by the end of 2018”, the miner said.

AutoHaul has proven to be a more difficult prospect than the miner's other autonomous systems – haul trucks and drills – that were brought in under the company’s Mine of the Future program.

Earlier this year, Rio Tinto admitted it would miss its 2017 iron ore production targets due to the late-running AutoHaul program.

While AutoHaul technology has been retrofitted to Rio’s locomotive fleet, software to enable the trains to operate without drivers proved harder to develop, according to the Australian Financial Review.

Financial analysts were told there could be “fatal flaws” in the AutoHaul system.

However the company hinted at its investor day briefing that those issues have now been satisfactorily resolved, enabling Rio Tinto to move closer to bringing driverless capabilities for its trains online, and unlock capacity gains in its iron ore operations.

Rio Tinto first revealed the ambitious US$518 million AutoHaul project in early 2012. At the time it had bullishly predicted having its first train active in 2014, and completing the entire project by the end of 2015.

The miner also used its investor day to announce a $5 billion "productivity push", although it did not appear much of this funding would be sunk into technology.

The news comes after up to 500 jobs were cut at the company's Perth headquarters this week.