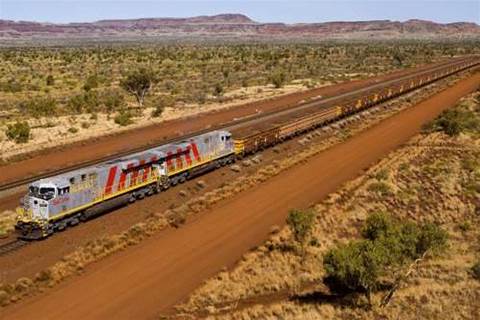 Rio Tinto is continuing to expand the number of autonomous train kilometres completed under human supervision as it inches towards completing its ambitious AutoHaul project.

The miner today revealed it is now running “greater than 60 percent” of all its Pilbara pit-to-port train haulage in autonomous mode, albeit with a driver still on board.

This is up from 50 percent last October and 20 percent back in July.

“The automation of the Pilbara train system continues to make strong progress with greater than 60 percent of all train kilometres now completed in autonomous mode with a driver on board for supervision,” the company said in a quarterly production update.

“The project is on schedule to be completed by the end of 2018."

Rio Tinto did not mention its progress on having the trains run autonomously without supervision.

Late last year, it ran its first train completely autonomously over a distance of almost 100km. That successful pilot was run on a stretch of track between Wombat Junction and Paraburdoo, where some of Rio Tinto’s iron ore mines are located.