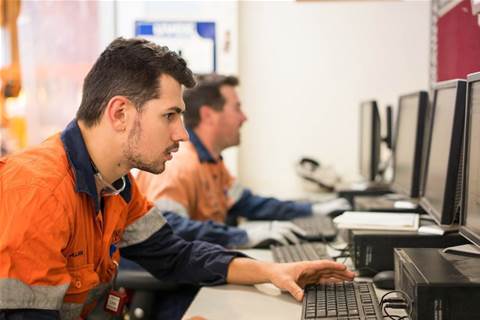 Industry has no choice but to mimic Silicon Valley.

Rio Tinto's next generation of mining engineers will be just as skilled in software development as in orebodies, to shore the mining giant against what it considers the biggest disruption to the industry in a century.

The company's energy and minerals chief Bold Baatar told the Natural Resources Forum in London yesterday the mining industry had "never before seen such a coming together of trends and challenges".

“In 20 years’ time, we will see this era as a key turning point for our industry,” he said.

“Technology, society and markets are moving in a dramatic way which demands a fundamental shift in the way we think.

"This is the world in which we now operate – and we will accept and adapt, or we will be unceremoniously pushed out of the way."

He warned that miners must collaborate with "disruptive entreprenuers" to avoid becoming the next Kodak or Blockbuster to succumb to Sillicon Valley.

Rio Tinto's almost decade-long mine of the future program is based on this assumption, and aims to obtain big productivity gains from automation and data.

The company has also created a new group-wide data and analytics team tasked with integrating these technologies into operational processes, and it restructured internally last year to create a global growth and innovation unit.

Rio Tinto is additionally "increasingly looking" to form partnerships with the likes of IBM and GE for their respective Watson and Predix cognitive and machine learning technologies.

But managing fleets of automated and increasingly intelligent machines and the masses of data they generate - about 4500 terabytes of data flows from Rio's 900 haul trucks each day - requires a different skillset than those the miner has traditionally valued.

Baatar said mining engineers adept in software development - like the one that used his spare time to automate the speed at which coal is fed into Rio Tinto’s Hail Creek coal mine, saving an initial $44 million - is where the company would focus its future recruitment efforts.

Replicating this engineer's "spirit" - Baatar also cited another example of a haul truck driver who built an integrated real-time digital monitoring system for his pit - is central to the company's goal to achieve an extra US$5 billion in productivity gains over the next five years.

Subsequently, there will be a "shift in the core competencies" of Rio's future miners, he said.

"The mining engineer of the future will be as specialised – if not more – in software development as she will be in orebody knowledge," Bataar said.

"And equipment maintainers will likely be plugging in a tablet before reaching for a spanner."

He admitted this would result in job losses across the globe.

"As an industry we have an obligation to work closely with our government partners around the world to proactively plan for and manage this impact when it comes."

But he argued mining companies had "little choice but to adopt the mindset of Silicon Valley".

"Making these changes in our approach will help us to stay ahead in a competitive and challenging world being shaped perpetually by disruption. It will also potentially unlock huge returns. These are exciting times."