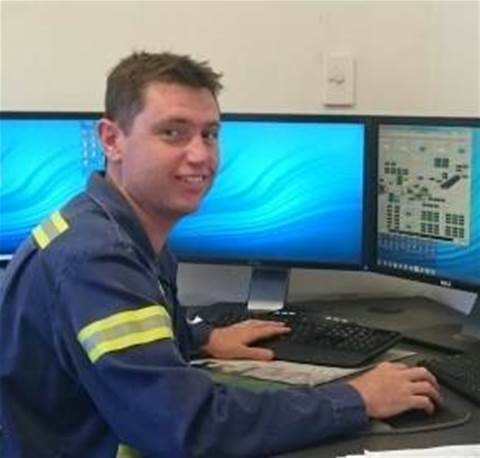 Rio Tinto is anticipating an up to $44 million “near term” windfall in its coal operations from a piece of code written by a control system engineer in his spare time.

The code is used to analyse and automatically adjust the amount of coal fed into a mine’s handling and preparation plant for processing.

It’s a “delicate balance” but an important one as miners look to maximise the tons of coal they can process each hour without impacting quality.

“If more coal is fed into the plant than can be processed, it can cause the system to overload. This can affect the product quality delivered by the plant or in some cases cause the plant to shut down,” Rio Tinto said.

“In the past, one of the ways to minimise this risk was to lower the feed rate. However this also meant that less coal would be processed than if it was operating at maximum capacity.”

Enter Leonard Gould – an engineer at Rio Tinto’s Hail Creek coal mine in Central Queensland. In late 2015, Gould used his spare time to automate the speed at which coal is fed into the plant.

The software program ensures that “at any given time [the plant is] operating at the maximum feed, product or reject conveyor capacity”, Rio Tinto said.

The miner said the code has helped it reduce the unit cost of each tonne of coal produced by the Hail Creek plant.

And it has recently driven the optimisation further into its east coast coal operations, expanding its use to the Hunter Valley in NSW.

The value of the code has already been put in the millions of dollars, and this is expected to double in the “near term”.

“Since it was implemented, the system has delivered more than $18 million in value, with the potential to deliver a further $26 million in the near term,” Rio Tinto said.

The company has been pursuing a wider transformation of its coal operations since 2012, and reported combined cash and productivity improvements worth over $2 billion.

“It could be a better way to access an orebody or maximising the efficient use of equipment – we’re taking a fresh look at a whole range of things.”

Since its Mine of the Future program in its iron ore business, Rio Tinto has spent a number of years seeking out optimisation gains across the value chain.

For example, in its iron ore operations it implemented an algorithm that optimises how much ore is loaded into rail cars for shipment from pit to port, ensuring trains leave fully loaded.