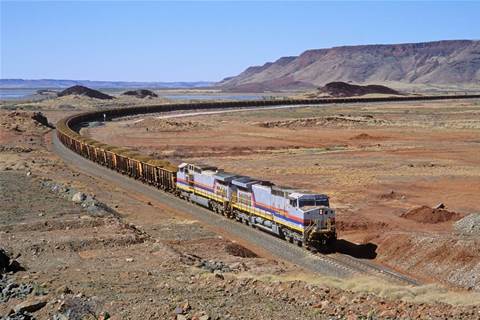 The driverless train more than doubled its last reported single trip distance, carrying 28,000 tonnes of iron ore from Rio Tinto's operations at Tom Price to the port of Cape Lambert.

The mining giant said the project, which has been in the works since 2012, is now on track to be fully deployed by the end of this year.

The latest trial run used three locomotives and was remotely monitored by the company's Perth-based Operations Centre more than 1500km away from the train’s route using CCTV cameras mounted on the locomotives and at level crossings.

Managing director for Rio Tinto's Rail, Port & Core Services Ivan Vella said the ore delivery is a "key milestone" for the AutoHaul project which will help the company increase the safety of its operations and improve productivity.

The AutoHaul program only received regulatory approval in May to operate across Rio Tinto's Pilbara rail network which counts more than 1700km of track, connecting 16 mines to four port terminals.

"We will continue to ensure our autonomous trains operate safely under the wide range of conditions we experience in the Pilbara, where we record more than eight million kilometres of train travel each year," Vella added.

He said the company is "working closely" with its train drivers to "prepare our employees for new ways of working" during the transition to increased automation.

But the robotic trains still have a ways to go, with the latest trip falling short of the company's average return trip of 800 kilometres, which typically takes human drivers 40 hours to cover.