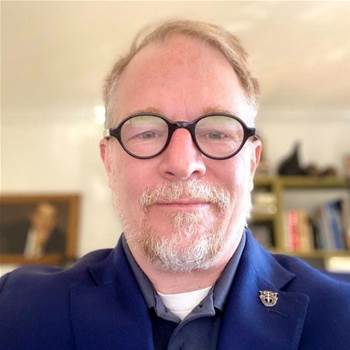 Joining from the US.

Rice, who was until last month the global CISO at Hilton Worldwide Holdings and based out of Virginia in the United States, joined Rio Tinto last week.

Evans’ CIO role was made permanent in December 2021, prompting the search for a new permanent CISO.

Rice comes to Rio Tinto with 15 years’ experience in leadership roles at some of the world’s largest companies, including three-and-a-half years at the Hilton.

Prior to that, he spent almost four years as Cubic Corporation’s chief security officer (CSO), as well as two years at Orbital ATK as CISO and four-and-a-half years at Tata Communications as global CSO.

Announcing the appointment on LinkedIn over the weekend, Evans said he was pleased to welcome someone of Rice’s calibre to the CISO role.

“As we continue on our journey to digitally transform Rio Tinto through integrated data and technology, we know that stable and secure technology remains critical.

“I am excited to have Adam on this journey with us leading our world-class security and risk function and helping to keep our business safe, secure and resilient from cyber risks.”

Evans thanked Brown for "his great work and strong leadership over the past 12 months acting in the CISO position".

"Scott will return to his role as manger, cyber security operations centre and will work closely with Adam during the transition," he told iTnews.