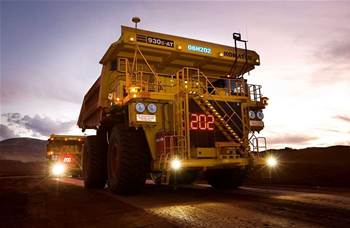 Rio Tinto is a step closer to putting in place new technology leadership, with Daniel Evans named chief information officer and a search underway for a new CISO.

Evans, who was previously Rio Tinto's CISO, had been acting in the CIO role since April last year after the miner’s CIO at the time Fay Cranmer left to join Accenture.

His LinkedIn profile shows that he moved from acting to permanent CIO in December, and a spokesperson confirmed the appointment.

"Under Daniel’s leadership, the IS&T [information security and technology] team has created stable, secure and modernised IT foundations that will be critical for Rio Tinto’s digital transformation.

"Daniel demonstrates a strong commitment to the health, safety and wellbeing of our people, and is passionate about creating a secure digital future for our business."

The spokesperson added that Evans was made permanent only after an "extensive recruitment process was undertaken" for the CIO position.

Earlier this month, Rio Tinto also kicked off a similar recruitment process to find a CISO replacement, given Evans has now shifted into the CIO role.

The IT leadership shift was necessitated by the departure of Cranmer last year.

She was Rio Tinto’s CIO for two years and nine months; on her LinkedIn, she said her tenure involved “transforming the technology function into a key enabler of Rio Tinto’s business strategy.”

She joined in 2018, when Rio Tinto decided to relocate its global CIO position to Brisbane, instead of running it out of Singapore.