Review calls for USO to be axed 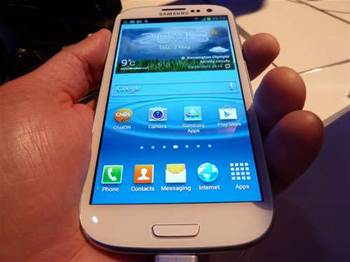 Communication has changed a lot since the USO was first legislated.

The current universal service obligation (USO) for voice-based telecommunications services can be “terminated” once the NBN rollout is complete, according to the Productivity Commission.

Handing down a long-awaited final report today, the commission said the combination of NBN and mobile network coverage meant “more than 99 percent” of premises would have access to good, affordable voice services.

That, according to the commission, meant there was no longer the requirement for the USO in its current form.

Without a USO, those living in areas without strong NBN or mobile services would have their minimum service needs addressed instead through “targeted policy responses”, or a new "universal service objective”.

“The commission’s assessment is that the service level provided by NBN, combined with existing mobile networks will be more than adequate to meet a baseline level of broadband and voice service availability for the vast majority of premises across Australia — particularly for all premises in the NBN fixed-line and fixed wireless footprints, and those in the satellite footprint with adequate mobile coverage,” it said.

The Productivity Commission envisaged that “up to 90,000 premises in pockets of the NBN satellite footprint without adequate mobile coverage” would find themselves in this situation, along with “small and concentrated … cohorts of users with particular needs”.

The commission said the needs of these users could be met with “funding from general government revenue”. The current USO is funded via a levy on the telecommunications industry.

Transitioning away from the current USO could take “a few years” but the Productivity Commission said the process “needs to start immediately”.

The USO is a contractual responsibility for Telstra that requires it to make “standard telephone services and payphones accessible to all people in Australia on an equitable basis, wherever they reside or carry on business".

The contract with the government runs through to 2032 and is worth about $297 million a year to Telstra, but the Productivity Commission wants to see it unwound and the USO in its current form scrapped.

“The fundamental roadblock posed by the opaque contract with Telstra, and the surrounding legislative architecture, should be addressed promptly and systematically,” the commission said.

“While Telstra may have acted with goodwill in fulfilling its contractual obligations, these arrangements no longer serve the best interests of the Australian community.”

The commission noted that Telstra’s contract would need to be renegotiated and that opened the possibility of financial penalties being incurred for cutting it short.

“The terms of any contract renegotiation are ultimately a matter for the Australian government and Telstra,” the commission said.

“While there will be costs to renegotiation (including a possible financial penalty to the government), an effective transition strategy should be carefully staged against key considerations around timing, stakeholder engagement and legislative requirements.”

Communications Minister Mitch Fifield said in a statement that the government would formulate its response to the USO review over the coming months.

It has established a taskforce to oversee the work and indicated it would conduct "targeted consultation" before deciding on a course of action.