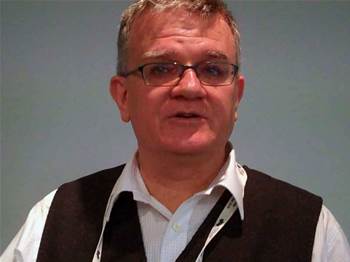 Speaking at the World Computer Congress in Brisbane this week, the Murdoch University professor described efforts to translate the "feel" of Aesop's Fables for machines.

"It's long been thought that emotions and reason are in conflict with each other," he said. "You think of Mr Spock, or scientists as very cold people who are objective and so on.

"I've reached the conclusion that an intelligent system must have emotions built into it before it can function and so on.

"I believe that it is possible - if we start to model the way human beings reason about things - to achieve much more flexible processing of storylines, plans, even understanding how human beings behave."

Mann developed a conceptual parser that identified the "feel" of Aesop's Fables, which were deemed "simple and short enough to represent as conceptual graph data structures".

His algorithm was based on Plutchick's Wheel of Emotions, which illustrated emotions as a colour wheel and disallowed mutually exclusive states - like joy and sadness - from being experienced simultaneously.

The machine freely associated three stories: The Thirsty Pigeon; The Cat and the Cock; and The Wolf and the Crane.

When queried on the association, the machine responded: "I felt sad for the bird."

Mann, who has researched machine "daydreaming" since 1998, said entertainment content providers could use the algorithm to suggest and deliver related movies.

The algorithm could also improve computer games by automatically providing a cultural context for characters.

"Would it be possible to manipulate people's emotions precisely?," Mann mused, suggesting that the algorithm could also be used in medical therapy to present similar patient stories.

"We use emotions for a whole range of things ... to make judgements between things based on their value to us," he told iTnews.

"Even though the emotions of machines could be different from a human being, they're still very important, I think, for [machines] to function properly."