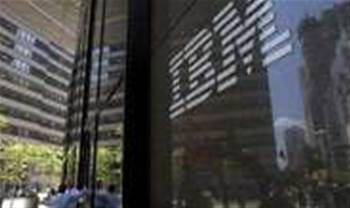 The Queensland Government is considering whether it will ever contract with IBM again following the release of a report on the failed Queensland Health payroll project.

The Richard Chesterman report was tabled in the Queensland Parliament yesterday and is expected to be the subject of strong debate during this afternoon’s question time.

It found IBM should never have been appointed to lead the project, and that ethical transgressions of its staff, including attempts to read competitor’s proposals and the dissemination of sensitive CorpTech information, were grounds for it to be excluded from tendering in the first place.

IBM today said it did not accept many of the report's findings as they were "contrary to the weight of evidence presented". A spokesperson for IBM said in a statement that as the prime contractor on the project, IBM must accept some responsibility for the issues experienced when the system went live in 2010.

"However, as acknowledged by the Commission's report, the successful delivery of the project was rendered near impossible by the State failing to properly articulate its requirements or commit to a fixed scope."

IBM argued when the system went live it was hindered primarily through business process and data migration issues outside of its contractual and practical control.

"Reports that suggest IBM is accountable for the $1.2 billion costs to remedy the Queensland Health payroll system are completely incorrect. IBM's fees of $25.7 million accounted for less than 2 percent of the total amount. The balance of costs is made up of work streams which were never part of IBM's scope."

Queensland Health Minister Lawrence Springborg today told Brisbane ABC Radio the Government was considering what action it could take against IBM, given the previous government had given up its legal rights to claim damages against the technology giant.

“The government is certainly looking at its options with regards to influencers that we may be able to bring with IBM,” Springborg said.

He said the situation IBM found itself in when it was given preferential treatment and the option to deliver a “dry run” of its bid for the prime contractor role was akin to “insider trading”.

“There’s no doubt there was a failure of due process, due diligence and ministerial oversight…of governance at all levels.

“We are very very unhappy with [IBM] and the previous government ... shouldn’t have let them off the hook.”

IBM was banned from seeking new business with the US Government in 2008 after it was alleged to have violated procurement rules when bidding for a contract from the US Environmental Protection Agency. The ban ended up lasting for nine days.