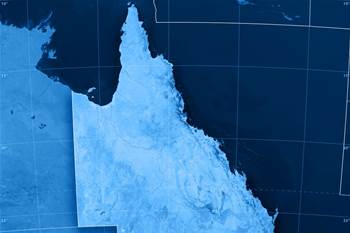 The Queensland government has found its new chief customer and digital officer, appointing former KPMG partner Chris McLaren to the leadership role after a four-month search.

McLaren, who is currently country head for consultancy marketplace XpertiseNow in the US, will join the Department of Communities, Housing and Digital Economy early next month.

He replaces former CCDO Chris Fechner, who left the department in the second half of last year to steer the latest iteration of the federal Digital Transformation Agency.

He has worked in industries that include “telecom, utility, energy, services and software organisations” across the US, UK and Australia.

“He specialises in digital enablement and transformation, customer experience, operations improvement and technology innovation. This experience is a great fit for this role,” Enoch said.

The government established the role in January 2020, having acknowledged that the state’s digital transformation efforts had not kept pace with other Australian states, particularly NSW and Victoria.

But in the process it replaced the whole-of-government chief information officer role, which had been long held by Andrew Mills.

The CCDO is responsible for streamlining online government services, supporting agile ways of working and modernising the government’s approach to procurement, funding and governance.

Prior to leading XpertiseNow’s expansion into the US in June 2021, McLaren spent 10 years at KPMG, both in the US and Australia.

He was a management consulting partner in the firm’s Seattle office between December 2016 and April 2021, and technology, media and telecommunications sector leader in Sydney before that.

“The CCDO role has a unique focus on driving our state’s digital economy and ensuring that government services are transformed, digitised, connected and accessible for all Queenslanders,” Enoch added.

“I look forward to Chris commencing in this role and seeing what can be achieved as we focus on driving Queensland’s digital economy, delivering better citizen-centric services and optimising the Queensland Government’s investment and use of technology.”

McLaren will start on April 4.