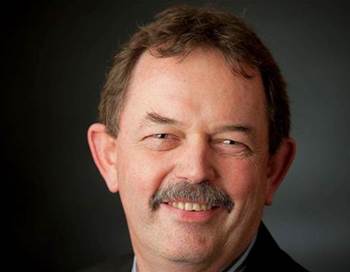 The Queensland government’s long-time chief information officer Andrew Mills has left the top job after more than six years at the helm of the state’s IT estate.

Mills quietly exited the Department of Housing and Public Works - which housed the former government CIO office - in March following the arrival of the state’s first-ever chief digital and customer officer Chris Fechner in February.

Fechner, who joined the department from Service NSW, is tasked with leading the development of customer-focused government online services, and improving confidence in government systems.

However, when he joined earlier this year, there was no indication the position would supplant that of the state’s government CIO entirely.

The department told iTnews that following Fechner’s appointment in February, the remit of the government’s CIO office (QGCIO) had become his responsibility.

“Over the six years he served as Queensland government CIO, Andrew Mills made a valued contribution to the delivery of ICT-enabled initiatives for the state,” the spokesperson said.

“The role of the QGCIO involved providing assurance and advice on ICT investments – responsibilities that are now within the remit of the new chief customer and digital officer.”

Mills joined the Queensland government as CIO in 2014 after a six-year stint as the South Australian government CIO in the state’s Department of the Premier and Cabinet (DPC).

He also held various other senior roles during his 16 years at DPC, including four as future IT service arrangements procurement director and another four as an ICT services director.

Prior to joining the public service in 1998, Mills spent 22 years in the Australian Defence Force.

During his time with the Queensland government, Mills delivered the state’s first digital strategy in 2017 to position the state at the forefront of personalised digital service delivery.

He also led the state’s dedicated cyber security protection unit, which was established within GCIO in February 2016 to combat cyber threats and attacks on the public sector’s networks.

Last year, the Department of Housing and Public Works acknowledged that the state’s digital transformation efforts had not kept pace with other Australian states, particularly NSW.

The government is now positioning itself to embrace digital transformation by learning from trailblazers like Service NSW, as well as airlines and other successful tech companies.

Mills’ LinkedIn page indicates he has now left the public service, having returned to South Australia to become an advisor at Brigand Associates.