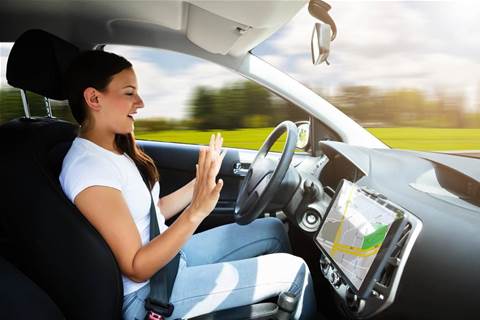 $1.5m Renault makes its way around the Brisbane 'burbs.

The Queensland government launched what it's calling "the most advanced automated vehicle in Australia" on Tuesday morning, completing a six kilometre trip around suburban streets in Brisbane’s south without driver intervention.

The $1.5 million, purpose-built Renault ZOE2 completed the trip at level four on the automation scale, where the car can travel fully autonomously, but a human driver can still take control if needed.

Previous efforts from the Queensland Department of Transport and Main Road’s (TMR) Connected and Autonomous Vehicle Initiative (CAVI) trial have aimed for level three, or ‘conditional’ automation, where the car can drive itself some of the time. Level five is full automation, where carmakers won’t need to include a steering wheel.

The car was granted a permit to allow it to be tested on predefined public roads in the suburb of Shailer Park under the supervision of engineers, but had previously undergone extensive off-road testing at the nearby Mount Cotton Driver Training Centre in the lead-up to Tuesday’s demonstration.

The car’s top speed was also significantly reduced from the non-driverless version of the car, down from 130km/h to 50km/h.

Unlike highways or other highly-structured areas where driverless are typically tested, quiet suburban streets often don’t have markings along the entire length of the road. Trees and overgrown gardens can also obscure important signage that would be prominently displayed on a highway.

TMR minister Mark Bailey said in a statement that the trial is “strong proof” the state wants to lead the nation in preparing for driverless technologies.

The ZOE2 is now set to travel to other locations around the state over the next few years to continue testing Queensland’s readiness to adopt automated vehicles.

It will also be on display this Sunday at QUT’s Gardens Point campus, as part of the university’s Robotronica event.