Queensland preps for driverless cars by sending QUT on roadtrip 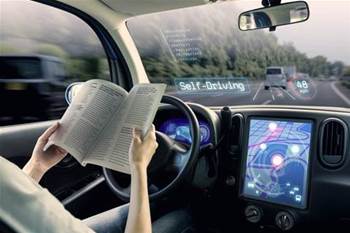 The Queensland government is starting to prepare for a future of driverless vehicles by sending researchers from the Queensland University of Technology (QUT) on a three-month, 1,200 km road trip.

Minister for Transport and Main Roads, Mark Bailey, said the trial is the first step in charting the state’s enormous road network - which spans cities, mountains, deserts and rainforests - for “new vehicle technologies”.

QUT’s researchers will hop in an electric Renault ZOE for the trip, which the car manufacturer says has a 300km “real-world range”.

“As researchers drive the car across Queensland, onboard sensors will build a virtual map to help refine AI-equipped vehicles to drive safely on our roads,” Bailey added.

“The primary goal of this work is to consider how current advances in robotic vision and machine learning – the backbone of AI – enable the research car platform to see and make sense of everyday road signage and markings that we, as humans, take for granted.”

In particular, the trial will look at how the vehicle’s AI system adapats to lane markings, traffic lights, street signage, and the limitations of GPS systems in built-up areas and tunnels.

“As we drive, AI will watch and determine if it could perform the same as a human driver in all conditions,” Milford said.

“Past studies, along with initial experiments conducted by QUT, show how automated cars have difficulties on rural roads which can lack lane markings.”

Paint spills on the road have also mistakenly been flagged as lane markings by autonomous car systems in QUT trials.

“A motorist on a rural road knows to stick on the left or imagine there is a line in the middle of the road. People will also cross the imaginary line to go around obstacles, it’s quite difficult for an automated vehicle to do this.”

Bailey added that although it’s still early days, the government sees the potential for AI and smart road infrastructure to reduce road trauma and change the way Queenslanders travel.

The road trip is part of the Palaszczuk government’s Cooperative and Highly Automated Driving (CHAD) Pilot and is supported by the iMOVE Cooperative Research Centre (iMOVE CRC).

Queensland is also set to pilot a secure communication system for connected and autonomous vehicles to exchange information with each other and smart infrastructure.