Autonomous cars to be trialled across Sydney's busiest roads 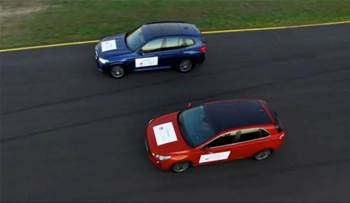 Despite first automated car fatality in US.

The NSW government is forging ahead with trials of driverless cars across Sydney’s busiest motorways this year after passing legislation to enable the tests.

The trials will continue until October this year, occurring at different times of day and under different conditions.

Tests of a highly automated ‘smart shuttle’ have been underway since last year at a closed section of Sydney’s Olympic Park.

Motorway operator Transurban along with “leading carmakers” will take part in the new trials to ensure the state’s roads are compatible with automation technologies.

The announcement came as Uber today put its North American autonomous driving trials on hold following the death of a woman in Arizona.

Minister for roads Melinda Pavey said the government wanted to ensure NSW roads were ready for the introduction of autonomous vehicles.

“Advances in driving technology and the innovation of road infrastructure will benefit the public with sustainable and efficient networks, accessible services and, importantly, safety,” she said in a statement.

“Automated driving technologies not only have the potential to save lives but will help us manage congestion and create sustainability and improve efficiencies on our networks.”