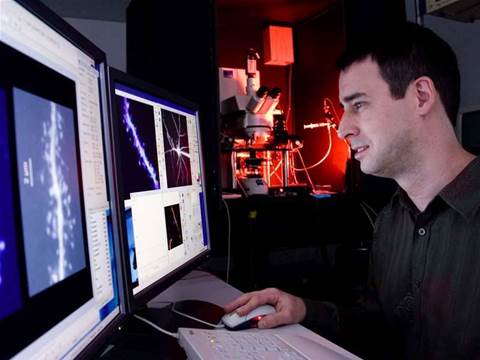 The Queensland Brain Institute (QBI) has moved its 157 Terabytes of neuroscientific data from a Tier1 Sun fibre-channel disk array to Hitachi modular storage.

QBI is a research institute within the University of Queensland with 280 scientists investigating ways to prevent illnesses such as dementia, multiple sclerosis, depression and schizophrenia.

It had 15 Terabytes of live data, 157 Terabytes of archival data, and was collecting up to five Terabytes more data per day - five times what had been initially planned.

Data was previously stored in a tiered storage environment that involved a Sun fibre-channel, 6140-series disk array acting as Tier1. It now uses the Hitachi AMS2500 as Tier1, Oracle flash storage as Tier0, and StorageTek tape libraries as Tier3.

"In terms of performance, it [the Sun array] was no longer up to the task in the IOPS space, the amount of controller cache, or its ability to deal with so many large and small mixed workload requests in concurrency," said QBI's IT manager, Jake Carroll.

The institute chose the Hitachi AMS 2500 with 230TB SAS and dense SATA over competing Tier1 disk infrastructure from EMC, Dell and Sun Microsystems.

When data arrived on the AMS 2500, it would be immediately archived to the SATA trays within the system, and then archived to tape libraries for compliance, safe keeping and hierarchical retrieval.

The system also featured in-built data replication and backup. Carroll said data was stored in accordance with Australian research guidelines for up to 15 years.

The deal was facilitated by Hitachi channel partner SureBridge IT, which delivered proof of concept trials to QBI. Hitachi has assumed responsibility for support and maintenance for the remainder of the contract.