Photos: Inside the Polaris Data Centre 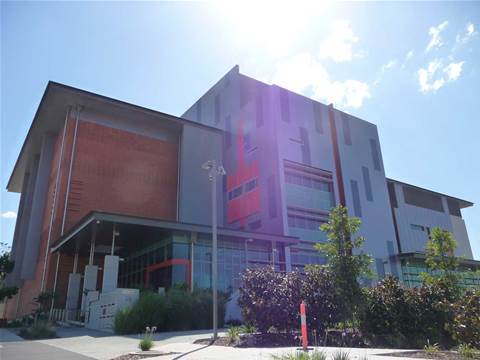 iTnews gets a tour of Queensland's $241 million, five-storey data centre.

The Polaris Data Centre, built in the newly-developed town of Springfield, Queensland, represents a marked shift on the traditional approach to building data centres.

And curiously, it was constructed in an area well over 45 minutes drive away from the Brisbane CBD.

As virtualisation and networking technologies advance, there is less need for organisations to hug their servers or sit on top of their data. Increasingly, the pre-requisites for where to build a data centre rely instead on the local and plentiful availability of power and water, matched with fibre connectivity. Data centres, put short, can be built just about anywhere, not necessarily in the central business district.

Polaris is among five data centres shortlisted by the Federal Government for consideration in its whole-of-Government data centre strategy, despite being 1200 kilometres away from Parliament House.

Several tenants of the data centre are also banking on moves by various state governments to consolidate their infrastructure.

Both the Federal and various State Governments have stipulated in their data centre consolidation tenders a requirement to house at least half of their compute power outside state boundaries - making Polaris an attractive prospect.

It includes two floors of power and cooling infrastructure, and three floors of server rooms, each at 2333 square metres - which equates to a total of 6000 square metres of actual rack space when aisles are taken into account.

Currently, tenants include NEC, Suncorp, Citec, HP, Queensland Gas, Pipe Networks and Ipswich City Council.  Some 1000 square metres of server room is available for lease, while most of the tenants (NEC, Suncorp, HP etc) are nowhere near filling their own server rooms with customer equipment as yet.

NEC believed there was "simply no other data centre like Polaris".

"Polaris is helping to shape the market place for what data centres will look like in the future," said Loren Weiner, product manager for data centres and hosted solutions at NEC Australia, during a tour of the facility.

Polaris has a design load of some 20 megawatts at full capacity. Should the mains fail, Polaris' Uninterruptible Power Supply (UPS) system can run the data centre at full load for at least 16 seconds. Polaris' twin 20-tonne generators can power up to handle the full-load within 12 seconds, providing a few extra vital seconds of uptime guarantee.

Polaris holds 1.5 million litres of water in its onsite water tanks. Even with its water supply cut off, the tank could feed the data centre's 1500 kilowatt air conditioning units for 48 hours, Polaris said.

In connectivity terms, Polaris is served by a dual ring of diverse dark fibre - owned by Springfield Land Corp and managed by Pipe Networks.

It is also connected by a diverse fibre network operated by Telstra and a single connection to Leighton Holdings' Nextgen fibre network.

Biometric and contactless proximity cards are required for entry into the data centre or into individual server rooms. (NEC staff for example, only have access to their floor space, Suncorp to theirs, and so on).

The facility is managed by staff from Dalkia, but NEC has also hired a floor of an adjacent office building (Springfield Tower) with a view to shifting some operations to Queensland once more customers sign up to its allotted space - which can hold up to 306 server racks.