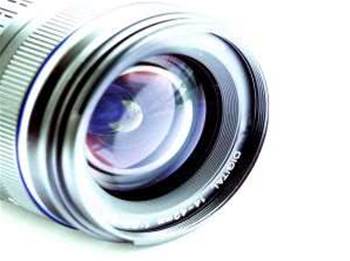 The NSW Police Force will train 1000 officers across 16 locations to use a new fleet of body-worn video cameras in order to improve evidence gathering and encourage officers to be on their best behaviour.

The NSWPF expects that at any time around 242 cameras will be worn by officers on duty across the state.

It has gone to market to buy a first installment of 267 devices - giving it a 10 percent leeway for repairs - plus the storage, searching and authentication system that will back up an inevitable flood of information the devices will produce.

Tender documents released today reveal the devices will be circulated amongst 1000 users, who will hand over their camera at the end of each shift.

In May, NSW Police Minister Stuart Ayres announced $4 million to fund the rollout of the body-worn devices.

Such devices have been adopted by a number of overseas police forces in an attempt to provide a verifiable record of police incidents and to create an ever-present disincentive to violence against officers.

The force is now scouring the market for a fleet of machines that can record and store video for up to six hours, and stay charged for 12 hours on standby.

It is looking for cameras that can be pinned to any of the police uniforms worn throughout the state, and which weigh a maximum of 200g including any associated battery or storage components.

The documents also reveal that officers will have the ability to start and end recording, but guidelines will be written into the central police training manual to guide when and where this should happen.

“Recording will be enabled when responding to incidents or dealing with public for the purpose of gathering evidence,” the documents state.

“Officers will have some discretion to judge what to record, or not record, in accordance with [training manual] SOPS."

Users will be expected to upload any video they have captured at the end of every shift – including the names of officers, locations and details of any victim/persons of interest featured in the video.

Officers will be able to view and access video recorded from their own devices, but not that of their colleagues without prior approval.

The system for tagging and storing the uploaded video will also feature strict encryption and editing rules. The NSW Police force is looking for a solution that can encrypt all of the classified evidence collected using TLS 1.2 or higher (which it prefers) or SSL 3.0 or higher, excluding Cypher-Block Chaining mode.

Officers will not be able to use the device to modify or delete video, either from the camera itself or from within the storage solution.

The force also wants to automatically geo-tag recordings and upload this information in a searchable format, so investigators can see whether any other police units were filming nearby at the time of an incident.

The documents released today suggest all video stored will go through review cycles, where it will be archived or ‘purged’ based on its classification and deemed importance.