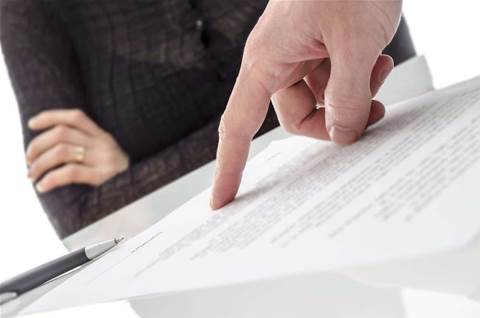 Says focus was on getting vendor competition.

Former CorpTech executive Terry Burns, who played a critical role in selecting IBM to the bungled QLD Health payroll project, has denied he had a preference for IBM.

Burns, who was subcontracted to CorpTech as part of a five-week review of its shared services implementation project, worked for IBM for more than a decade prior to 1980.

Burns has faced extensive questioning during the commission of inquiry investigating the integrity of the procurement process.

The questions came after a number of witnesses suggested Burns engaged early with vendors during his review, including IBM, and according to the subcontractor that he was appointed by, seemed to have a “prescribed view about the way forward for the project”.

Peter Flanagan, SC, questioned Burns about an email by IBM executive Lochlan Bloomfield, in which Burns was alleged to have stated IBM was grossly under-represented inside the Queensland Government agency.

“I don’t recall saying those words at all,” Burns told the commission.

When pressed on the issue, Burns said it may have been the view of Bloomfield that IBM was under-represented.

“If there is a context around that supposition it would have been possibly as an opportunity to get involved on a competitive basis,” Burns testified.

He added that CorpTech would have been taking the same message to all the vendors it was reviewing.

Burns told the commission he was interested in creating the appearance of competition that would: “create some pressure, that would sharpen everyone’s pencils and draw attention to the fact that possibly the old order might get stirred up and changed.”

“I wasn’t desirous of anyone taking a particular share I was desirous of getting a better deal,” Burns said.

Burns was unable to shed light on why he sent an email to IBM stating he was looking to enter final negotiations with vendors, when he was only midway through his review process.

“That could be a reference to the way the rates and the resourcing structures were provided to CorpTech at that time,” Burns told the commission.

Asked by Flanagan if he had himself in mind for a director role he had recommended CorpTech create, Burns said: “I would have been definitely interested, yes.”

“It was an appointment that I reluctantly was given quite late in the process,” he said.