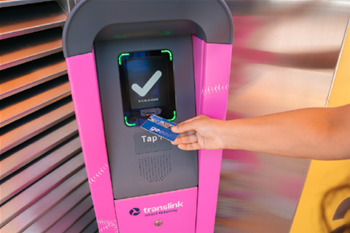 The Queensland government has expanded its next-generation public transport ticketing system trial to the first stretch of heavy rail in Brisbane, allowing commuters to pay using their credit or debit cards and smartphones.

The Ferny Grove rail line – which runs between the outer north-western suburb and Roma Street in the CBD – will play host to the trial from Monday, as the government prepares for a wider rollout across all train stations in South Eastern Queensland later this year.

The government began trialling the ticketing system on the Gold Coast light rail network in December 2020 after selecting Cubic Transportation Systems for the $371 million project in June 2018.

The new system lets commuters pay for trips using contactless Mastercard, Visa or American Express credit and debit cards, including those linked to digital wallets on smartphones and smart watches, as well as existing Go Cards and paper tickets.

Cubic, which has been the state’s incumbent Go Card provider since 2003, also supports Sydney’s Opal Card ticketing network, which has supported contactless credit and debit card payments across all modes of public transport since September 2019.

Translink head Sally Stannard said the Ferny Grove trial, which will initially be limited to adult fares only, will “lead to full deployment across the entire passenger rail system, with buses and ferries to follow”.

The SEQ bus network alone will require around 13,500 readers to be installed, according to transport minister Mark Bailey, who described the rollout as “epic” when announcing the expansion of the trial over the weekend.

Cubic managing director John Karaboulis said “Queensland should be congratulated for this landmark project – installing the world’s most modern and largest contactless ticketing system right across the state, an area larger than Great Britain and more than twice the size of Texas”.