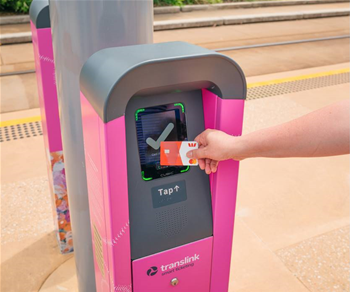 The Gold Coast is preparing to switch on a new smart ticketing system that lets commuters pay for trips on its light rail network using their smartphones, debit or credit cards and smart watches.

Cubic, which provides contactless payment technology to cities such as London, New York, and Chicago is configured to accept all major card types and chips and has installed 156 of its new platform validators at 19 light rail stations along the coastal strip.

The technology is expected to be rolled out across Queensland over the next three years, creating a single ticketing system from Cairns to Coolangatta.

“As we continue to develop the smart ticketing system, we hope to introduce more ways for commuters to be able to pay for their trip,” said Mark Bailey, Queensland's transport and roads minister.

“As part of the ongoing trial, commuters will simply have to touch their MasterCard, AMEX or smart device to the ticketing machine before hopping on board a tram, and tapping off when they depart.”

Matt Longland, head of Queensland public transport agency TransLink, said other payment networks were expected to join in the future.

"We're getting a world-class system that has the same DNA as in London, Chicago and Vancouver and is configured to accept all major card types and chips," Longland said.

"So far, Mastercard and American Express have signed on early to support smart ticketing which is great and we are hopeful that other major card networks will follow in the future."