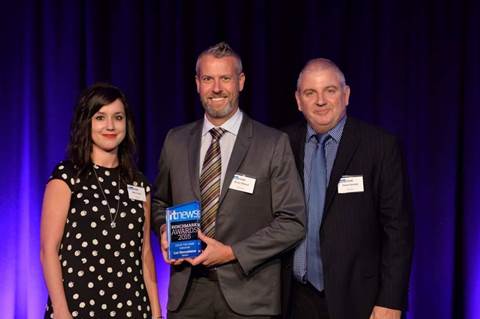 The airline has ditched its existing paper-based approach and built a mobile application, accessed through iPad Minis, that allows staff to load baggage and freight changes to aircraft in real-time.

The paperless approach means greater accuracy in the way an aircraft is loaded and therefore increased utilisation of Qantas' fleet and the load staff themselves, who can now be immediately deployed to other tasks rather than waiting around to input information after loading.

Greater communication between ground crew, pilots and planners has also had a positive impact on flight turnaround times.

The project has now been picked up by Qantas' New Zealand and Noumea operations.

"At Qantas we're transforming our business through IT and delivering projects like this - this is recognition we're on the right path," Miller said.

Hennekens' project was celebrated alongside worthy finalists Kelvin McGrath of Asciano, for his IT transformation project, and Norse Skog's Sandeep Dharni for his ERP overhaul.