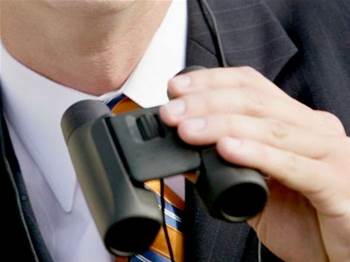 NSW Police confirmed they would maintain a presence at the Sydney leg of national anti-censorship protests planned for this weekend by the Anonymous collective.

A spokesman told iTnews that "NSW Police were aware of [the protest] but were not expecting any trouble.

"We will have a suitable police presence at the location," the spokesman said.

Similar protests under the banner Project Freeweb were to be held in Melbourne and at locations around the nation on Saturday.

A spokesman for Victoria Police told iTnews in a statement that "for operational reasons, we don't disclose police resources or numbers in anticipation of protests/rallies/events."

Likewise, a spokesman for the Australian Federal Police declined to comment "on matters relating to intelligence.

"State and Territory Police have primary responsibility for responding to protests within their jurisdictions," the spokesman said.

An alleged member of Anonymous, known only as ‘Infinite', believed there was no risk of Project Freeweb protesters being identified or arrested for alleged links to attacks on Federal Government web servers last week.

Infinite hoped the protests would attract those disenfranchised with a decision by other anti-censorship groups to back down from public protests in favour of picnics.

"The March 6th protests organised by the SIC (Stop Internet Censorship) and EFA (Electronics Frontiers Association) have gone from a protest to some sort of function (which many of us feel is contradictory to the purpose of the protest), so we're hoping that many who hoped to be involved in that protest will join us in ours," Infinite said.

"We're also expecting not only members of Project Freeweb and Anonymous but members of the internet community and public alike to join us in protest."