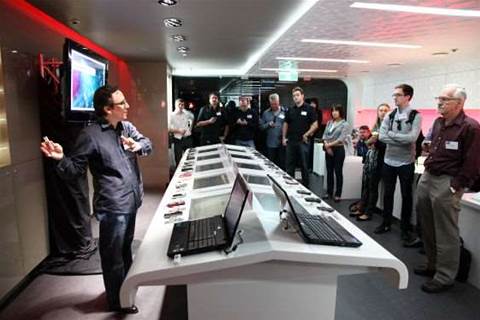 Virgin Mobile is preparing to open the doors to its flagship store in Sydney's CBD.

The store, which is located on Pitt Street, will open tomorrow morning and will add to the 13 retail kiosks already operated by the company.

In addition to the new store, Virgin Mobile has kicked off its Members Lounge, which the company refers to as a club for its customers. Members of the club will receive special offers from other Virgin Group companies - including a ten percent discount on Virgin Blue flights.

Peter Bithos, CEO of Virgin Mobile Australia said the company wanted more than a "transactional relationship" with its customers.

"At Virgin Mobile we want a relationship with our members that goes beyond the transactional one. It is not just about paying your bill - when you join Virgin Mobile, it is about being a member," said Bithos.

Bithos pointed out that Virgin Mobile was about to sign up its millionth customer, which along with the new store, was a sign it had grown up.

"If you look back at our history we started as a prepaid and quirky brand but what I would like to say is that we are coming of age at Virgin Mobile and this store is a testament to that," added Bithos.