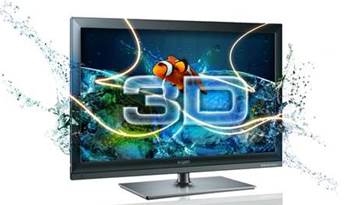 But is it worth it?

Rare-earth materials were used in a host of new technologies, in particular to make powerful magnetic components of hard-drives, speakers, LED lights and hybrid cards.

Today's discovery, reported in Nature Geoscience, was that deep sea mud at 78 sites in the northern and southern parts of the Pacific Ocean, contained high enough concentrations of rare-earth elements and yttrium to support a fifth of the world’s existing consumption.

“We show that rare-earth elements and yttrium are readily recovered from the mud by simple acid leaching, and suggest that deep-sea mud constitutes a highly promising huge resource for these elements,” the Tokyo University researcher group, led by Yasuhiro Kato declared.

Supply and prices for the materials have come under pressure from China, which produces 95 percent of the world's supply and whose government recently imposed restrictions on their export, the Wall Street Journal noted.

Even before those restrictions however, global demand for rare earth, which had shot up from 30,000 tonnes in the 1980s to 120,000 tonnes in 2010, had outstripped production of about 112,000 tonnes a year, according to an accompanying article on Nature.com.

A recent Digitimes report from Taiwan suggested that China’s restrictions would offer it an advantage in LED production and a platform to negotiate foreign technical partnerships.

The excitement over the Japanese researcher’s discovery centres on the claim that the resources were “readily recoverable”, which would mean that supply constraints could, theoretically, be all over.

But some remain unconvinced that acquiring that rare earth from the sea bed would be economically viable. That is, whether the price that buyers are willing to pay for those materials would exceed the cost of digging them up from 5,000 metres below sea level.

Kato made no claims to whether it was economically feasible, according to his interview with Nature.com.

"I'm a geoscientist, not an economist," he noted.

Rare earth extraction from silt that lies at ground level has proven difficult to justify, economics writer Tim Worstall reports at The Register, noting that comparable concentrations of rare earth were found in the sludge that washed over Hungary after its floods last year.

“So far, at least as far as I can see, the researchers have just found a very large amount of rare earth containing dirt, not an ore.”