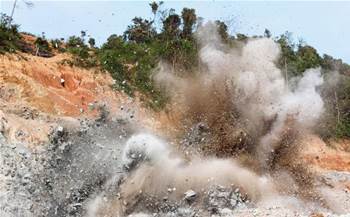 ASX-listed Orica is looking to a mix of technologies to automate its operations and optimise the performance of explosives systems at customer sites.

CEO Alberto Calderon told the company’s annual general meeting late last week that increased investment in technology and R&D - up to $40 million in FY18 - would be used to “advance the digitisation and automation of our blast operations to create value for customers and incremental returns for Orica”.

Orica’s main business is in the supply of commercial explosives and blasting systems used by industries such as mining and construction. It also provides mine services.

“The convergence of many developing technologies such as cloud and edge computing, artificial intelligence, and robotics applied to the blasting space will enable the rapid optimisation of blasting outcomes for our customers and the automation of our operations for productivity and safety,” Calderon said.

Calderon indicated Orica would open its chequebook to bolster its range of technology.

“We have been actively looking at the potential acquisition of additional technology capability,” he said.

“We have assessed - and will continue to assess - leading proprietary technologies and software that would enhance our suite of technology-based solutions and assist our customer base to operate more productively and safely."

Rock blasting is used in both open pit and underground mine operations, and technologies like predictive modelling, radio-controlled detonation, real-time monitoring and post-blast data analysis have been touted in the space over the past five years.

Automation is already largely occurring in other rock excavation domains, such as drilling; its application to the blasting space is a logical extension.