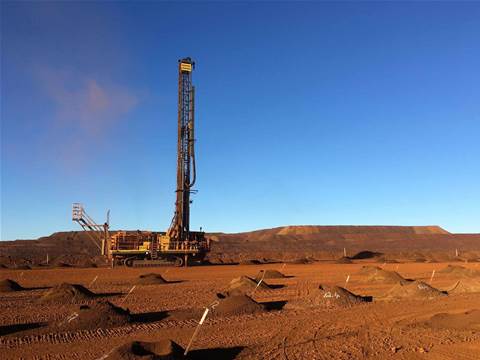 A two-year trial of autonomous drill technology at BHP Billiton's Western Australia operations has made way for a full rollout.

It has now emerged that BHP Billiton will run a fleet of 20 Pit Viper 271 rotary blasthole rigs by Atlas Copco that have been upgraded with autonomous technology.

The rigs will initially be controlled onsite at the mines themselves, although there is a “longer term aim of remote operation from the integrated remote operations centre (IROC) in Perth”, according to a statement by Atlas Copco.

It is understood that the project will be deployed in stages, and that one stage requires the technology to be operational at all sites before control is transitioned to the IROC.

Rio initially controlled drills from a central “vehicle” based on the mine site, however the longer term plan was to pull operations back to a remote operations centre in Perth.

BHP Billiton has been trialling the technology on blasthole rigs at its Yandi mine in Western Australia for the past two years.

Under the trials at Yandi, the system has operated “autonomously for over 15,000 hours and drilled more than one million metres”, Atlas Copco said.

Atlas Copco’s automation manager Adrian Boeing told iTnews upgrading the existing drills at these sites would each take a couple of weeks.

The company is installing technology that automates each stage of the drill cycle.

“Essentially a typical drill cycle is they'll tram to a hole, level up on some jacks, drill the hole, get clean, de-level and then tram to the next hole,” Boeing said.

“Currently, all that’s controlled manually. We have technology for each stage of that cycle, and then we have some technology in the [back] office.”

To automate “tramming” – the drill’s movement from hole to hole – Atlas Copco technicians will fit the rig with high-precision GPS receivers, movement sensors in the tracks, and Lidar sensors “so the drill can see what’s in the environment around it”.

“When it gets to its new location, it will level up using sensors inside the jacks that know when it’s gotten to its correct level,” Boeing said.

“It also has an inclinometer on the drill to know its orientation so it knows when it's perfectly level.”

Once drilling commences, the drill relies on a set of standard sensors to determine rotating pressures, feed force, air flow and other parameters.

Boeing said Atlas Copco had also developed new technology that helps the drill determine “what the optimal amount of energy is required to break the rock [it is drilling into]".

“It's an intelligent, adaptive drilling system,” he said. “That also then detects if there's been some fallback or extra rock in the way and it can anti-jam and recover."

When finished, the drill autonomously de-levels and trams to the next location.

Boeing said a number of cameras and in-cab electronics were also being fitted to the rigs to enable tele-remote operation.