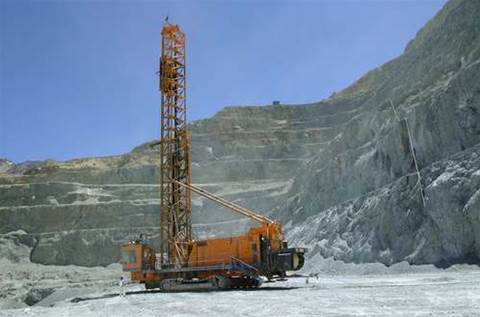 Gears up for expansion across Pilbara mines.

Rio Tinto is moving into the next phase of its rollout of autonomous systems in Western Australia's Pilbara region, preparing to deploy remotely-supervised drills to multiple mine sites.

The mine giant last week began recruiting a project manager for its Autonomous Drilling Systems (ADS) Project after having appointed a project superintendent who was formerly of Xstrata Coal.

Under the ADS project, autonomous blast hole drills would be deployed and operated "at all Rio Tinto Pilbara mine sites, supervised remotely from the Autonomous Control Vehicle", a type of command centre where an operator can control multiple drills.

Although the control vehicle appears to be based onsite at the mine, the project eventually aims to enable a single operator to control rigs across multiple sites from Rio Tinto's Remote Operations Centre in Perth (pdf).

Three autonomous drills have been under trial at Rio Tinto's West Angelas mine since 2009.

West Angelas is the testbed site for trialling autonomous technologies before they are put into production mine sites.

Rio Tinto recently moved its autonomous (driverless) trucks out of trial at West Angelas into the Junction South East pit at nearby Yandicoogina, "marking a major step in the evolution of the project towards fill operational deployment".

It's unknown whether a similar transfer from trial to production usage is underway for the autonomous drill technology.

A spokeswoman for Rio Tinto declined to comment on the reasons for the ADS expansion or on the proposed timelines for bringing autonomous drills onto other Pilbara sites.

Apart from autonomous trucks and drills, Rio Tinto will also implement driverless trains under its Mine of the Future initiative.

The first driverless train is expected to be operating in 2014, under a project called AutoHaul.