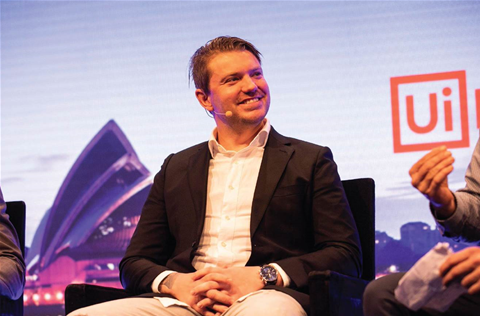 Optus is using 165 “virtual employees” to run 300-plus “automated solutions” across the telco as it moves into its third year of using robotic process automation (RPA) technology.

RPA was one of three options on the table at the time.

“The options were: hire 15 to 20 staff to do the order ins, order outs, and to monitor, maintain and turn on these services; offshore this service centre, which is not something that we were looking to do; or go out there and find a technology that would allow us to automate the process of new service turn-ons and avoid [cost],” Raines told the summit.

The success of the early NBN-oriented project provided an impetus for Optus to seek similar gains elsewhere in the organisation.

“Our senior leaders and our executive sponsorship team said, ‘Let's repeat this. Go out and do more’,” Raines said.

“So, in 2017, we had a massive budget to go out and recruit people and to upskill our internal staff as well, giving them the ability to use the [RPA] tools that we harnessed at that time.”

The telco set about identifying processes and mundane tasks that caused grief to users, and tried to automate them.

Much of this work continued in a “very ungoverned, non IT-centric” and federated manner.

“We didn't involve IT at all from the start - we just empowered people from the business [to do RPA],” Raines said.

“I still sit in the business today, and we own and ensure [the] delivery of a very, very aggressive automation pipeline and trajectory in our organisation.”

Raines said that this would change somewhat in the future as Optus looked to create a centre of excellence (CoE) structure around its RPA operations.

“We're all about let's not over-govern, but let's govern, put some cadence and some rules behind this,” he said.

The telco also formalised upskilling processes and pathways for skills development in RPA and related automation fields late last year through the creation of the ‘Optus Automation Academy’.

It said at the time the academy would help it “scale up automation across the business” and that the program would be run in conjunction with undisclosed technology partners.

The technology partner in the academy is now clearer.

“We have partnered with UiPath and created what we call an Automation Academy,” Raines said.

“We said anybody - from frontline staff to C-level executives - is open to joining this. We don't have any prerequisites.”

It appears the academy is responsible for a surge in RPA projects at Optus, in particular in the Wholesale & Satellite division.

Raines said UiPath’s involvement in the academy made it possible to “formally certify” staff skills “by way of delivering an initiative.”

“We set some guidelines in terms of the different phases and toll gates that you go through [in the creation of] any automated solution,” Raines said.

“The results were absolutely amazing, and this is all delivered within the six-month program.

“The 400 people who first signed up to the first cohort, we culled down to 60, and those 60 people are now certified in their respective pathways, which is amazing.

“So embedding the internal capability and obviously employee engagement [around RPA and automation] has been astronomically huge [for us].”

He said that in the next few years, he wanted to “continue with the momentum that Optus had already created.

“My ambition is to be at the forefront of automation; RPA aside, I believe that's our bread and butter now,” he said.

“Again, we are three years into the journey, we do it well, we know what we're doing. However, we will continue to learn and leverage off our connections and UiPath's community as well to do bigger and better.

“But realistically, I want to be in the IPA foray, using Intelligent Automation, integrating with what we have, and just going above and beyond that.

“Embedding capability internally, whilst enhancing the customer experience, is definitely our focus point for the next two to three years.”