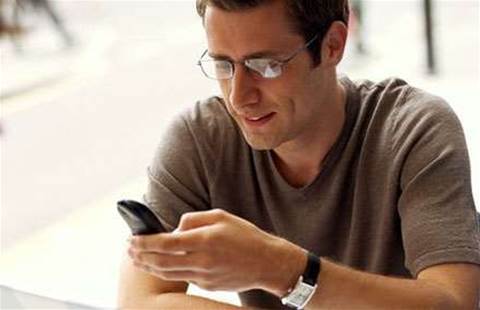 Optus is pushing for regulation of SMS termination fees after a commercial attempt to overturn the current decade-old rates fell through.

The No.2 carrier, as well as Macquarie Telecom and mobile virtual network operator (MVNO) iiNet, are in the minority of telcos to back an Australian Competition and Consumer Commission (ACCC) suggestion to expand the mobile termination access service (MTAS) to cover short message service (SMS).

It has never before applied to SMS or MMS messaging, for which termination rates are set by a commercial agreement. The ACCC said in a discussion paper in May (pdf) that it had "little evidence that commercial agreements are not working or are leading to market failure".

However, as IP-based over-the-top (OTT) messaging services continue to eat into SMS revenues, Optus said it sought to vary the terms of the existing commercial arrangement, effectively to make the price of SMS more attractive.

"In response to increased competition from IP-based OTT messaging services, Optus has attempted to reduce its SMS termination rate but this has been unsuccessful," the carrier said in a submission to a review of mobile termination fees by the ACCC. (pdf)

"Optus' experience clearly shows that the ACCC's findings that commercial agreements work, and there are no known market failures, no longer hold."

A large section of detail on Optus' approach to renegotiate SMS termination rates has been culled from its public-facing submission, for "commercial in-confidence" reasons.

But Optus said current SMS termination rates had "remained unchanged for over a decade" and were "far in excess" of the costs of actually terminating such messages.

The carrier noted that problems with SMS termination rates were being experienced in other parts of the world, including in Denmark and France.

It urged regulatory action as SMS revenues continued to be cannibalised by OTT players, believing this trend would accelerate if no action was taken.

"Where retail prices are kept high due to the artificial price floor imposed by wholesale termination rates, it is not surprising that end-users seek alternate services."

iiNet said only that it supported the addition of SMS to the MTAS declaration because it "exhibits the same bottleneck features as the termination of mobile voice calls", though it provided no further evidence. (pdf)

Macquarie Telecom labelled SMS termination rates as "grossly excessive" and said it saw "merit in the ACCC having oversight ... as this would be conducive to reducing the level of wholesale charges with a flow-on impact on retail charges". (pdf)

Meanwhile, Telstra led a host of telcos that refused to back regulation of SMS termination fees, arguing there was "no cause" to include SMS in the next mobile termination declaration.

AAPT said it did not have a "strong view" on whether the proposal should be approved.