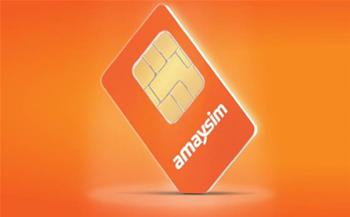 Amaysim has revealed plans to sell its mobile business to Optus for $250 million before winding up the company.

The mobile virtual network operator (MVNO) said in a financial filing that if approved, it would delist from the ASX and wind up by June 2021.

Amaysim’s current wholesale arrangement with Optus comes up for expiry in mid-2022, and the company indicated in August it could test the market for a switch in the underlying network.

However, the company said today it had received “unsolicited expressions of interest” since, and is recommending a sale to Optus.

Amaysim will hold an extraordinary general meeting in January to vote on the proposed sale.

Optus is offering an all-cash consideration, and Amaysim is proposing to distribute between $207.2 million and $225.7 million back to shareholders.

The distribution includes proceeds from the proposed sale of the mobile business, as well as the previous sale of its energy business.

Amaysim said it would provide "transactional services" to Optus for three months post-sale before delisting from the ASX "and subsequently wind[ing] up."

The company said Optus' offer "realises the inherent value of the mobile business, including its strategic value to Optus".

It also enabled the company to exit a "highly competitive industry where data is becoming increasingly commoditised".

"We believe Optus, with its deep knowledge of our operations, is well-placed to look after our customers and staff and take the growth of the business to the next level," Amaysim CEO and founder Peter O'Connell said.

However, not all staff will stay on; Amaysim said that Optus "has agreed to offer employment to the vast majority of Amaysim's Australian team".

Amaysim staff not moving across to Optus will "remain employed to manage and settle Amaysim's affairs".

Amaysim brand will also survive, with the company saying the brand would continue, albeit under Optus ownership.

“Optus will keep the Amaysim brand intact and this deal will provide the certainty and backing Amaysim needs to power ahead and accelerate its growth in the MVNO segment," Optus CEO Kelly Bayer Rosmarin confirmed.

Optus said it will acquire the shares of Amaysim’s mobile holding company and its customer base of approximately 1.19 million subscribers.

The transaction is “subject to completion conditions, including Amaysim’s shareholder approval, and payment adjustments.”

Bayer Rosmarin said Amaysim had “grown to be Australia’s largest MVNO” over the past decade, “building a brand and service offering that has resonated with Australian consumers.”

“Already underpinned by Optus’ premium 4G network, Amaysim has a customer-oriented philosophy which very much aligns with Optus’ own customer-first approach,” she said.